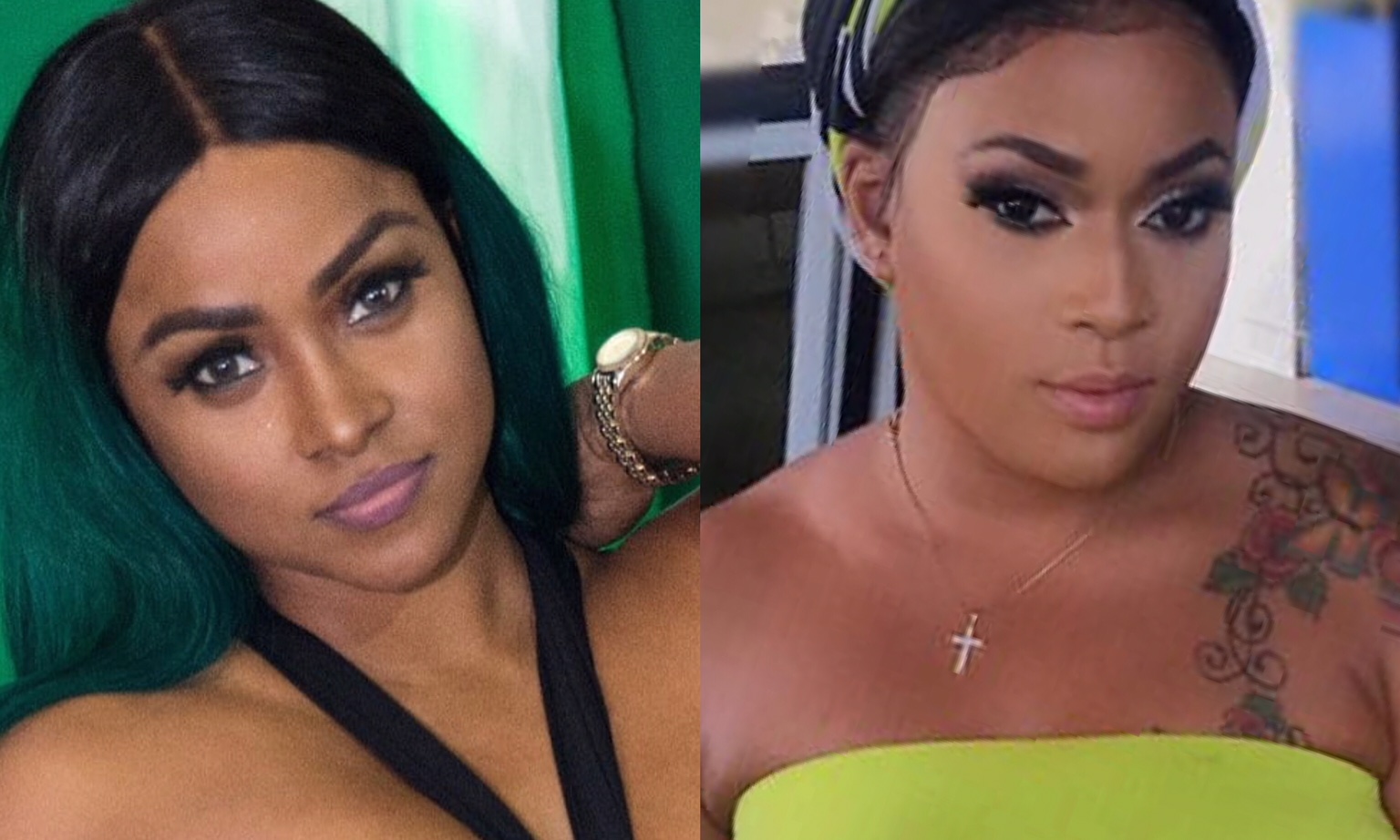 Yanique Curvy Diva and Dancehall Queen (DHQ) Sher are hitting back at critics who accused the self-proclaimed ‘Luxury Doll’ of wearing a menstrual pad while performing at Dream Weekend 2018.

In a raunchy video of the “Lifestyle” singer and controversial dancer uploaded to both their respective Instagram accounts on Tuesday, several social media users claimed they spotted a pad hanging from Sher’s underwear but she says those accusations are completely false.

“Dumb*** why would i have on a pad [at] a water party[?] Me draws have a lining,” she wrote over a photo of her underwear.

“For the people them that love chat and couldn’t wait to find a fault cause the weekend did go too good and it did too shell so y’all just had to find something to talk about. See the lining of me panty deh so stop f**king chat [and] f**king irritating me. The weekend [shell] and that’s all. Why would I be on stage with a pad on you know they have a thing call tampon are u stupid or is you dumb, if it was a pad I wouldn’t post the video Instagram detectives stop watch me out,” she added.

Yanique Curvy Diva who also cosigned Sher’s message wrote, “Sher answer unuh so shut the f up now. [Ah long] time she a duh diss, so weh pad a guh, she know better, Relax people, matter a fact gwan run wid it cause it just a give wi more attention.”