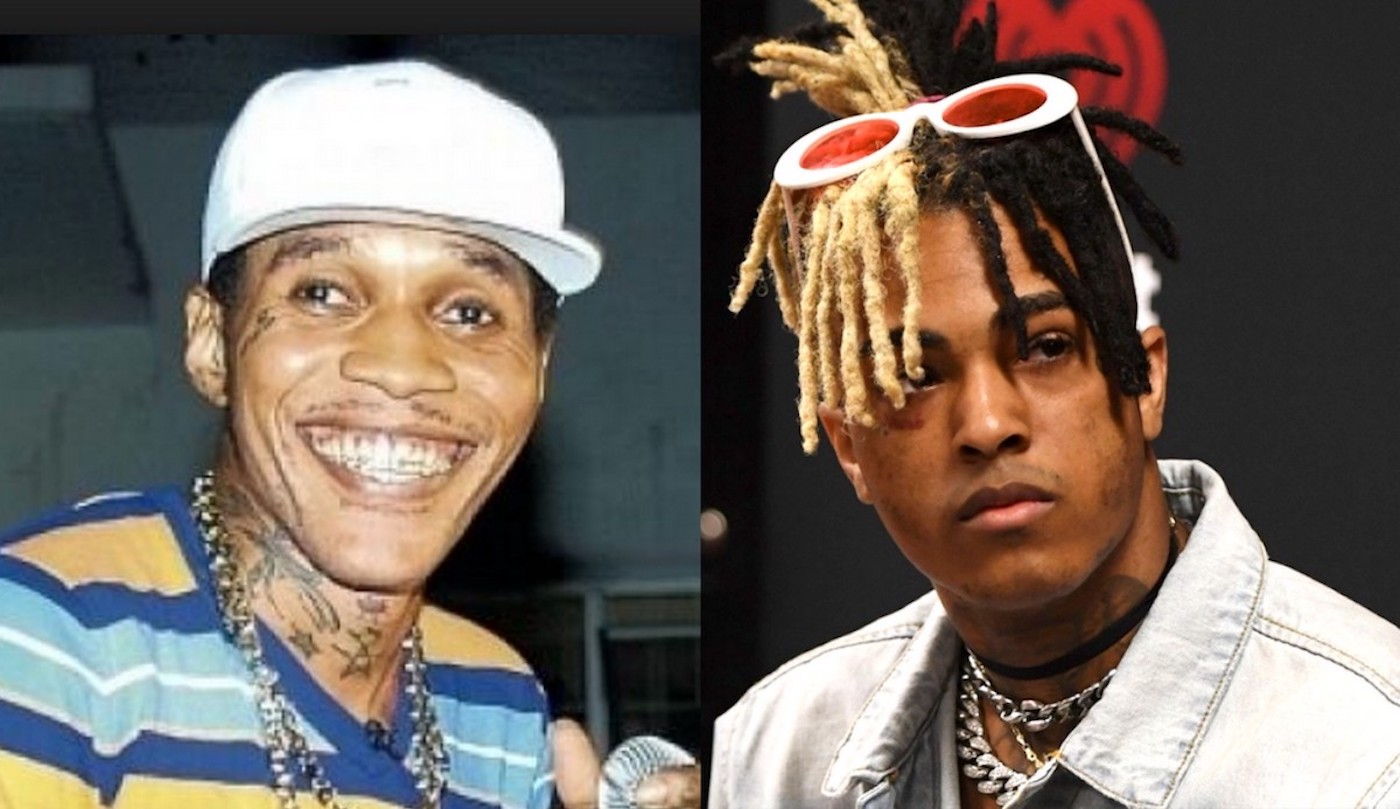 Unfortunately we didn’t get to hear verses from all the entertainers featured on the track but Kartel was enough to get social media buzzing, “His Majesty Haile Selassie so we royal / Triple Xcuse so we loyal / Big batty fat pu**y broad gal / Come yah back it up gal buss a whine,” Kartel spits over the club beat.

XXXTentacion (ex-ex-ex-ten-ta-see-YAWN), whose real name was Jahseh Onfroy, was fatally shot as he left a motorcycle dealership last year June. Officials have said a struggle ensued when the rapper’s sports car was blocked by another vehicle, two masked gunmen approached and shot XXXTentacion multiple times. The gunmen fled with a Louis Vuitton bag containing $50,000.

Since his death XXXTentacion‘s mother has released a handful of posthumous music including a track that appeared on the Spider-Man: Into the Spider-Verse soundtrack called “Scared of the Dark.” Lil Wayne also released a surprising collaboration with XXXTentacion on his new album Tha Carter V called “Don’t Cry.” There is also a rumored posthumous album in the works from the rapper.

Check out the snippet of XXXTentacion, Vybz Kartel, Stefflon Don and Ky-Mani Marley’s collaboration below.