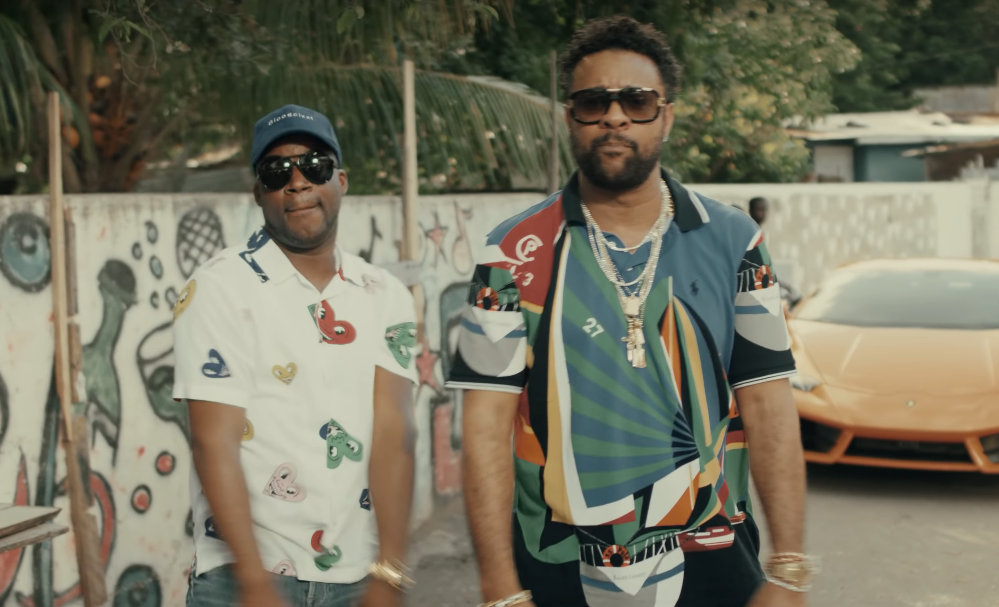 Shaggy and Noah Powa rolls out the official music video for their new “Money Up” collaboration.

The Dancehall club banger is featured on Shaggy’s new “Wah Gwaan?!” album released on May 10th. Shaggy says the track serves as a motivational single for ghetto youths who want to make something of their lives.

Money Up is produced by Tony Kelly, while Jay Will directed the music video.

The visuals sees Shaggy and Noah Powa showing off their wealth by pulling up in a Lamborghini and Mercedes-Benz GT in an inner city community in Kingston, Jamaica.

Ding Dong and his Ravers Clavers dancing clan also made a cameo in the video. Watch Shaggy and Noah Powa ‘Money Up’ Music Video Below.