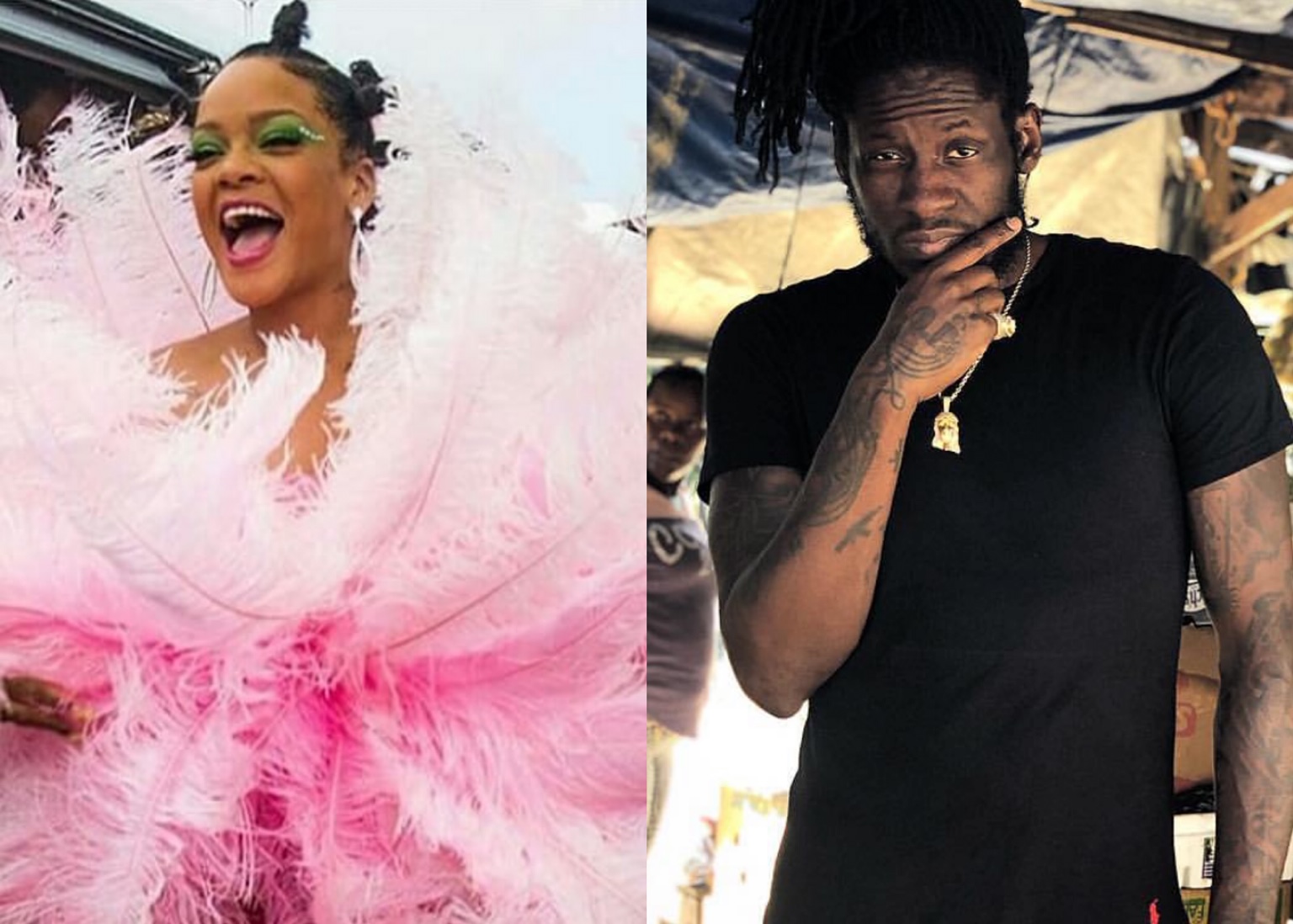 Y’all already know Rihanna’s Reggae/Dancehall playlist is extra lit – after all her upcoming album is based on the music coming out of Jamaica.

The Bajan popstar was back home for Crop Over 2019 earlier this week and was spotted turning up to Aidonia’s smash hit “Yeah Yeah” with her best friend Melissa Ford and the crew.

Rihanna recently explained why her highly anticipated Reggae/Dancehall album has been delayed so long.

The Rihanna Navy has been waiting on the project for almost three years now. R9 is a follow-up to Rihanna 2016’s “Anti.”

These days Rihanna is a busy woman building her Fenty Beauty empire which made her the richest female musician in the world last month with a fortune worth $600 million, according to Forbes.

Rihanna, whose real is name Robyn Rihanna Fenty launched Fenty Beauty in September 2017 and it’s estimated it racked up sales of $100m in its first few weeks.

According to Forbes, the company earned $570m in 2018. While the business magazine estimates that the operation is worth, conservatively, more than $3 billion.

However despite her success in the beauty industry, Rihanna is still working hard on the album, while juggling many different goals that she calls her babies. “I used to be in the studio, only the studio, for three months straight, and an album would come out,” RihRih told Interview Magazine. “Now, it’s like a carousel. I do fashion one day, lingerie the next, beauty the next, then music the next. It’s like having a bunch of kids and you need to take care of them all.”

Rihanna added that she is working on some good music right now, but admitted that “It really does suck that it can’t just come out.” The wait may be long, but it seems RiRi is putting in time and effort to get the project out.

#Rihanna, bestie Melissa Forde and the gang vibing to #Aidionia’s smash hit #YeahYeah at Crop Over 2019 in Barbados ???