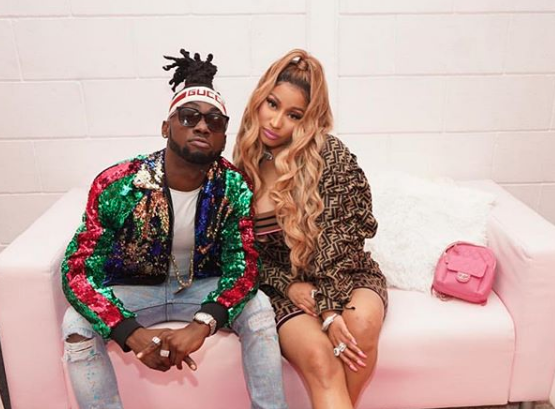 Nicki Minaj is in the UK!

The Trinidadian rapper currently has one of the biggest Dancehall tracks, thanks to Stylo G and Vybz Kartel with their ‘Touch Down’ collaboration.

On Monday night, Nicki Minaj and Stylo G performed the track together for the very first time in London at the O2 Arena.

Despite Monday night’s stellar show, Nicki Minaj had to postpone a date on her European tour with Juice WRLD due to electrical issues. “We’ve been trying for hours to get the show to work, and the building says they don’t have the power in this building to make this show work,” she shared with her fans in Bratislava, Slovakia, and thanked them for coming.

Minaj also was forced to cancel another show in Bordeaux, France on Saturday due to similar issues.

#StyloG and #NickiMinaj performing at the O2 arena last night. Drop “🚀” in the comments!