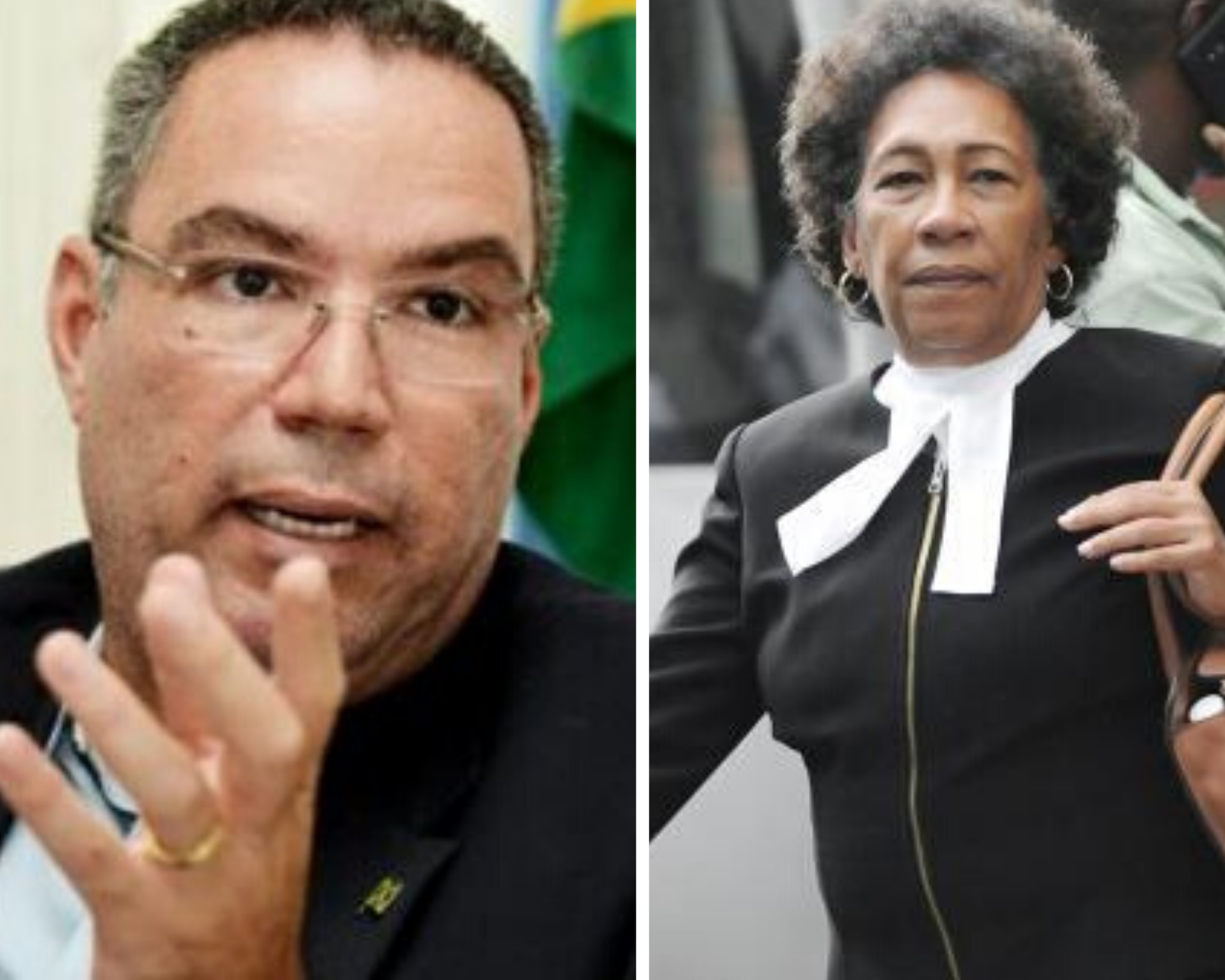 Queen’s Counsel Valerie Neita-Robinson who is Vybz Kartel’s former lawyer seems to be having a tough time dealing with ongoing twitter battle against her political opponent Daryl Vaz.

Vaz and Robinson are both contesting the Portland Western seat in Parliament, were having yet another battle of words on Twitter.

The instigation started after Robertson posted a video of Vaz, who was addressing someone off-camera on the campaign trail, and he seemed very upset, “All you affi do, do weh yuh haffi do pon September third… You same one down deh weh a make up the noise, because me still ago win! You can’t stop me from win!” he shouted at the person.

Robertson posted the video and wrote, “Now I understand why the JLP trollz are so rude and disgusting… they are following their leadership..”

Vaz responded, “Keep sending your supporters. I will keep encouraging them to do what they have to on September 3rd. What is rude and disgusting is the way in which your people keep bombarding our campaign with confrontation, but everyone keeps missing it. Have a good day Valerie.” while quoting the video.

Vaz then replied, “Hope as the SENIOR candidate in Portland you tweet with the same confidence on the night before like you did for Kartel’s appeal.😂”

QC, then tweeted back at her opposition as if she was trying to calm him down, “Deep breaths now Daryl, deep breaths.. inhale… now exhale,”

However Vaz replied with, “The Last man that followed your advice on this app… Still not celebrating and spending 35 to life… #AmOut.”

Robertson then replied, asking “Btw where is the law suit you sent to me ?” referencing the defamation claim that Vaz brought against her from a previous twitter feud. Daryll corrected the attorney’s grammar.

In her next post, Robertson seems to be raising the white flag, she tweeted a screenshot of a four-month-old tweet in which Vaz had called for his support to desist from insulting Robertson on the platform, she captioned the post “All I’m saying Daryl is you need to be a little more calm and a little more consistent with the things you say.. it’s all love .”

However Vaz was not feeling the same way, he replied with “Statement stands. You gave it your best. Doesn’t discredit the fact that your promises of celebration came up empty. This is all until September 3rd.”

Robertson answered, “Alright me boss make we keep it clean lol.. but if I get another video of you blowing up me haffi post it.. just chill out man. Nuh talk to the people them suh.”

Vaz seemed to have calmed replying with, “And if your supporters want to listen, they are free to. Then they can always ask questions but disruptive shouts at our meetings are not welcomed. They can keep wearing their colours”

After that the twitter feud seemed to have come to an end.