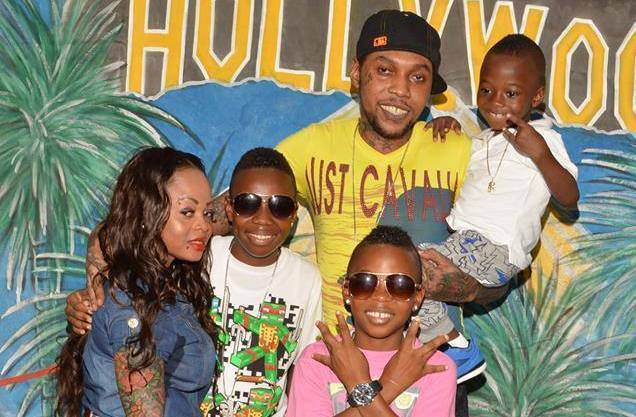 The forthcoming project will feature his sons, Likke Addi and Likkle Vybz, and will be the third album Vybz Kartel releases in a calendar year.

“Dancehall Royalty” will be released on January 8, as a follow-up to “Of Dons and Divas” and “January’s To Tanesha”.

On the promotional image, Vybz Kartel, his sons are seen wearing military-type attire, complete with medals and emblems, while the children’s mother, Shorty, is shown wearing all-white.