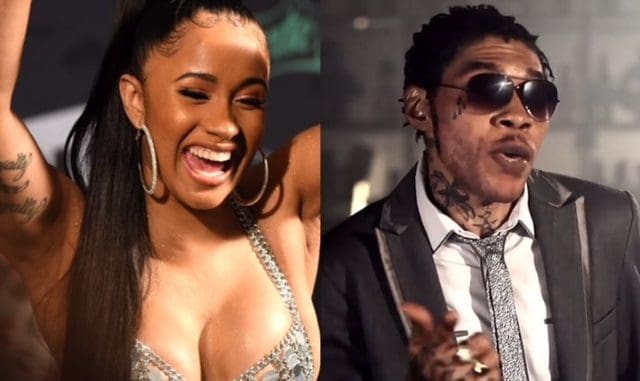 In a recent Instagram post, the incarcerated Dancehall superstar released a snippet of remixed version the track where he captioned, “Drop it? Or Stop it ?” As if she had been waiting for it, Cardi B replied to the post,”OMMMMMGGGGGGGGGGG I WANT TO HEAR IT NOOOOOOOOWWWWW!!!!”

A few hours later, the Gaza Boss released the track with Cardi B’s approval. The song is approximately a minute and a half. Much like the original version, it was quite risque and raw.

In a section of the song, Kartel explains that is down for almost anything, with the exception of brawta which people are speculating is a diss towards Alkaline. “No Brawta,” he says which attracted the attention from the likes of Squash. The 6 Boss replied “No Brawta.”

Not only Squash but the song attracted comments from a few, Popcaan noted “ya mad man enuh humbre,” Stefla Don also commented “If mi lov yuh one more time.” An American Rapper Busta Rhymes even commented “MAAAAAAAAAAAD!!!!!!!!” sharing how impressed he was with the track.

You can listen Vybz Kartel’s Wap Remix Below