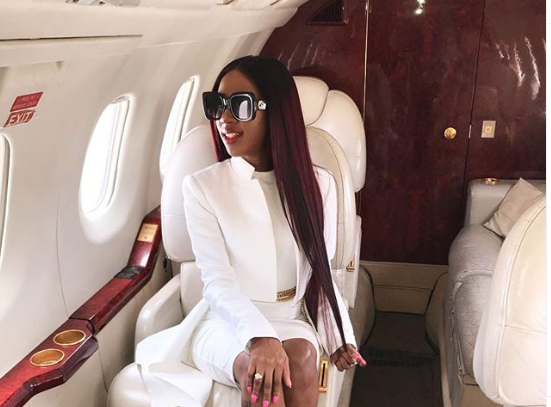 The “Future Guaranteed” star, who is currently signed to Atlanta-based Outtaspace Entertainment, released the six-track EP back in September.

Still Standing features tracks like “10 Bags,” “Freedom,” “Real Love” and “What to Do.” The project released by En-Treeg Records/OuttaSpace Entertainment peaked at No. 3 and spent 13 consecutive weeks on the chart.

“I feel absolutely great to know that the hard work has paid off,” Vanessa Bling said. “Last year I took the entire year to do this EP, ’cause I wanted to make sure that we put out the right work. I woke up couple days ago and saw that I’m back on it, so it goes to show that great music does live on and people really listen all across the world. I’m grateful, and I wanna thank all my fans for the support; let’s go number one.”

Vanessa Bling says she is considering doing a gospel project next. She is also currently working on her debut album with a slew of local producers.