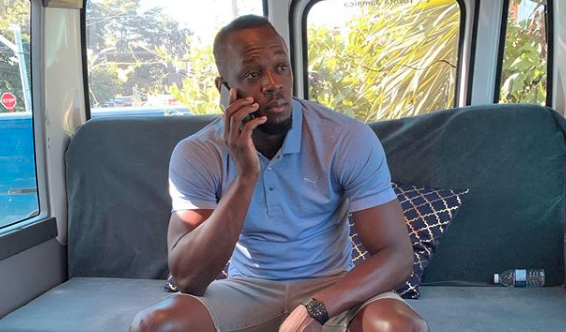 Retired Jamaican athlete Usain Bolt had a permit to celebrate his 34th birthday on August 21, 2020 during the pandemic.

Jamaica’s Assistant Commissioner of Police Anthony McLaughlin revealed that a permit was granted by the Kingston and St. Andrew Municipal Corporation (KSAMC).

Bolt’s star-studded birthday bash sent tongues into a frenzy last month after videos of the party were uploaded online, showing guests at the party, who were dancing without wearing masks or maintaining social distancing.

Bolt was then tested for COVID-19 a day later, and came out positive for the virus on August 24.

Prime Minister of Jamaica, Most Honourable Andrew Holness, subsequently stated in a virtual press conference that an investigation would follow and that no special treatments would be meted out to anyone.

A number of Athletes, including Manchester City star Raheem Sterling and Bayer Leverkusen’s Leon Bailey attended the party. The presence of Sterling and Bailey showed that the mandatory 14-day quarantine requirement for overseas visitors was not followed.

ACP McLaughlin told Radio Jamaica that he is still waiting for a response from the Passport Immigration and Citizenship Agency (PICA) to find out whether Leon Bailey and Raheim Sterling breached the 14-day mandatory quarantine order.

Ding Dong and Desha Ravers were also in attendance, however both have revealed that they tested negative for the coronavirus.

“Yes my people, I did a COVID-19 test and since then, I’ve been in isolation, in self quarantine awaiting my results. I was contacted by the St Andrew Health Department, where they notified me that the results came out negative, so there’s no corona here,” Ding Dong stated in a video message.