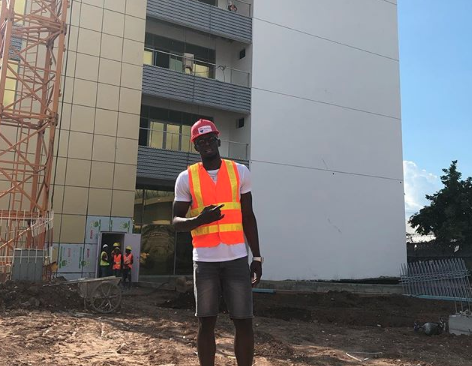 Usain Bolt is committed to the economic growth And infrastructural development of Jamaica.

The nine-time Olympic sprint champion who is still the fastest man in the world, is currently putting the finishing touches on his debut project in Kingston and is already promising more around the island.

“You heard it here first.. First of many!! #NoLimit, Bolt revealed on Wednesday.

According to sources, Usain Bolt is going into the Business process outsourcing (BPO) industry and the building will be a Call Centre in Half Way Tree.

Meanwhile, Usain Bolt’s Tracks & Records opened a new location in London on October 10, the first of 15 venues in the UK over the next five years.

“After much success with our Track & Records restaurants, we’re delighted to be opening in the UK. I believe this signifies the first time a local, homegrown concept has evolved into becoming an International franchise and this further confirms brand Jamaica’s potential and gives us widespread hope that we can export many other Jamaican brands through this business model,” stated FRANJAM’s Managing Director, Gary Matalon.