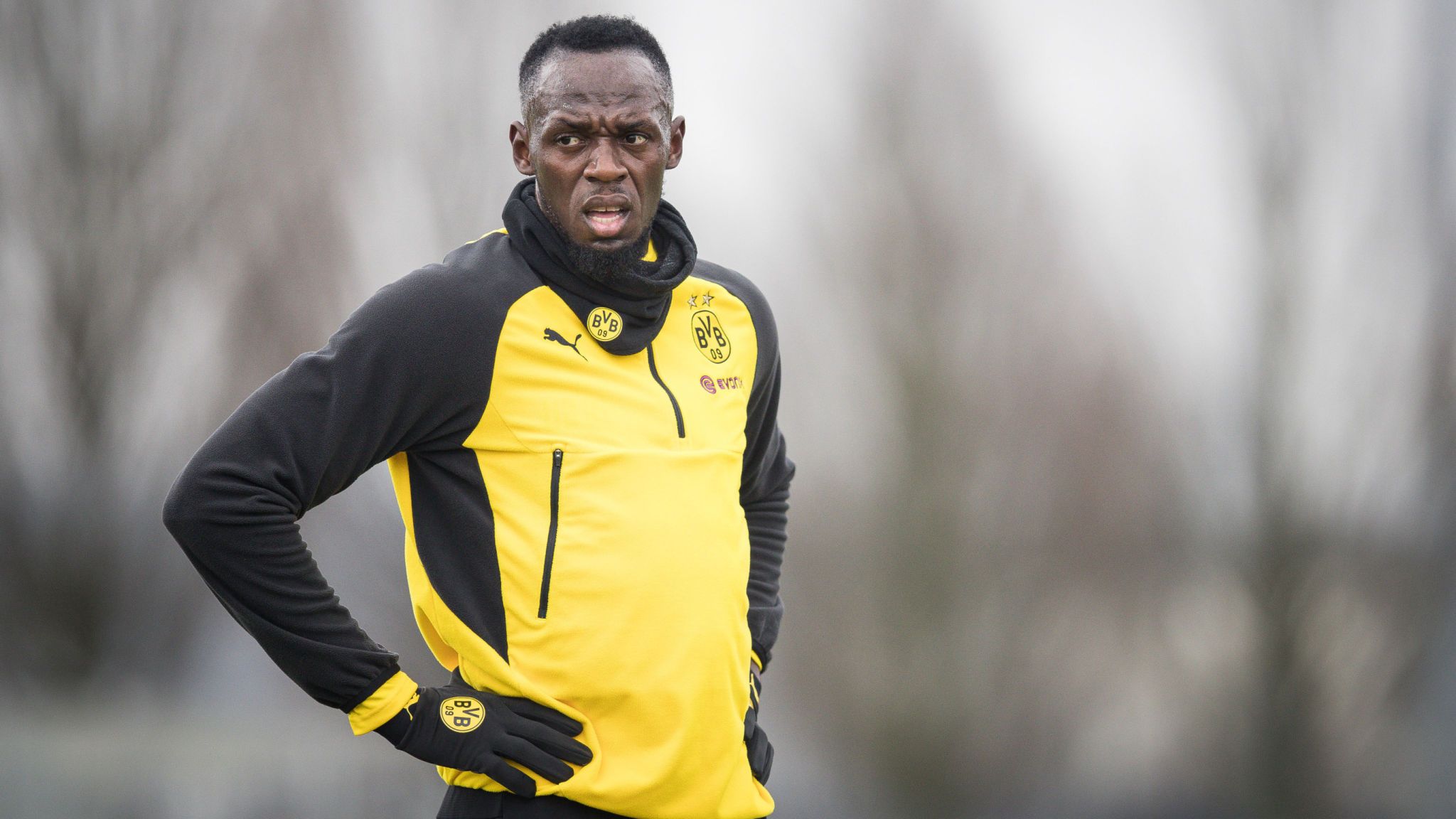 The BVB boss said it was fun to train with the Olympic legend, but admits he is a long way off being able to cut it with the professionals

Borussia Dortmund head coach Peter Stoger said Usain Bolt had “a lot of work to do” to make it at the top level.

Stoger was positive about the 31-year-old’s talent, but said there were multiple areas for Bolt to work on if he wanted to pursue a career in the sport.

“It’s all about procedure and movement, but the most important thing is that he had fun,” he said. “I think he is talented, but when he wants to play at a higher level, he clearly has a lot of work to do.

“The physique he needs for his other sport is completely different from what he needs for football, but it was really fun for us.

“It was a pleasure for us to meet a guy like him and to work with him.”

Spice Pays Tribute To Ninja Man On His Birthday