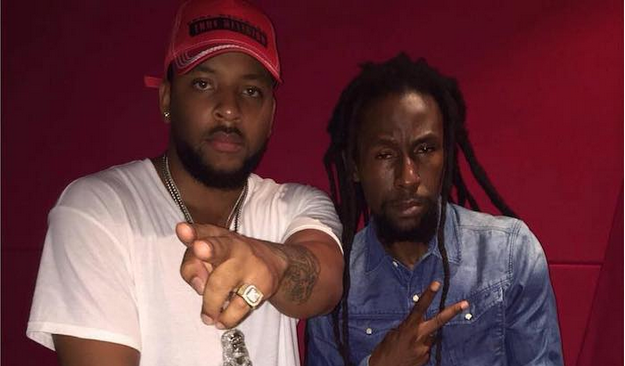 Brooklyn-based rapper Eazi Money says he was robbed by Jah Cure and he is bringing the receipts.

The often controversial Reggae singer is once again back in the headlines again for the wrong reasons. This time the “Longing For” singer is accused of failing to complete a verse for a track he was paid for.

“[Jah Cure] Over 4 years now since I know Cure, my father put a down payment for me and him to do a song together he agreed to do it, we paid him in 2016 guys the first payment, years went by Jah cure didn’t even attempt to record one line for the song, this was before I was verified an was still coming up, just last year now he texts me to pay the full payment mind me he has never attempted to record the song after we paid him to start the song, so me and my father send him the last payment to record the song for the feature because he begged me I have the voice notes also between me and him lol this sh*t is crazy I’m telling you,” he wrote.

He continued, “The man hunt me down an said let’s get it done bro, we pay him and almost a year now still no song. Now we confront him about it and this is the response we get, it’s sad because Cure is an artist I actually really looked up to, and his true colors showed especially in the 50 other voice notes I have in my phone with him cussing me out my father, and the DJs again lol I can’t make this sh*t up, but I will never work with him again, horrible business man and a scammer #jahcure #jamaica #scammingcure #curonavirus.”

According to the rapper, he initially paid Jah Cure a US$1500 deposit in 2016. He says the other half was paid last year, even without getting the vocals as previously agreed.

The rapper would go to share several voice notes, allegedly sent by the singer following his queries.