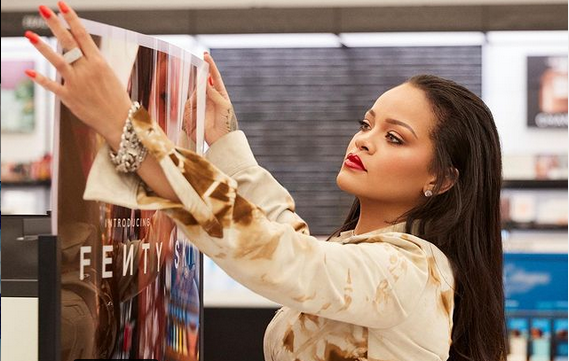 The ‘Navy’ was buzzing with excitement earlier this week as an unreleased track was leaked on Twitter. The 44-second clip had fans in a frenzy as many speculated that it was from her long-awaited R3 album.

In the clip, Rihanna can be heard belting out lyrics in Patois to an uptempo Dancehall beat. That alone was enough to get fans excited, as the star infamously teased that her next project would be a Dancehall album.


However, fact-checks revealed that the clip was from a demo for “Hot Gyal” by XXXTentacion, Tory Lanez, and Mavado. According to reports, the “Work” singer originally demoed the track but was eventually replaced by Tory Lanez on the final version.

The song was recorded around 2018-2019, but Rihanna’s version was never released. It was eventually leaked by XXXtentacion fans and has received over 2.4 million views.

In the track, both artists can be heard giving solid renditions of Jamaican patios. Which is hardly surprising considering they both have Caribbean origins. Rihanna is originally from Barbados while XXXtentacion has Jamaican roots.

This is not the first time Rihanna has dabbled in Dancehall, as she has previously collaborated with Sean Paul on “Break It Off.” In 2016 she also teamed up with Drake to drop the Dancehall heavy single “Work.”

RiRi’s fans have been desperate for new music from the recording artiste-turned fashion icon. Her last official release was way back in 2017 with the Dj Khaled single “Wild Thoughts,” featuring Bryson Tiller.

The leaked audio has since been deleted from social media.

Sean Paul Will Not Be Clashing On Verzuz: Says He “Just...