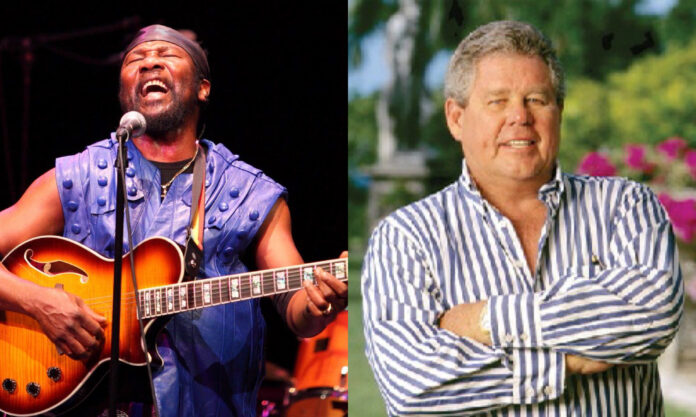 Toots’ Hibbert and Gordon ‘Butch’ Stewart, will be posthumously honored with the Keys to the City of Kingston.

The announcement was made by Deputy Mayor, Councillor Winston Ennis at the KSAMC meeting last Monday.

According to Ennis, the presentations will be made in February following the passage of the necessary resolutions.

“The City of Kingston has lost one of Jamaica’s greatest and most successful sons in Gordon ‘Butch’ Stewart at the start of this year,” Ennis said.

Toots Hibbert will be honored following his death last September at the age of 77.

The Reggae icon is hailed as a true pioneer, helping to shape and popularize the genre. His group, Toots and The Maytals’ last album Got To Be Tough, is nominated for a 2021 Grammy Award.

Stewart was the founder, owner, and chairman of Sandals Resorts, Beaches Resorts, and their parent company Sandals Resorts International. He was also CEO of The ATL Group and its subsidiaries Appliance Traders and The Jamaica Observer.

The presentation of the Keys to the City of Kingston is the highest honour that can be bestowed by the KSAMC.