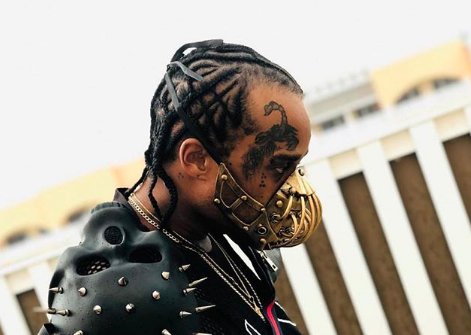 Tommy Lee Sparta is planning to sue the Government of Jamaica.

The Gothic Dancehall entertainer and his legal team are looking to recover money he lost while being arrested and charged for lottery scamming.

Smith alleged that police investigators have been forcing promoters in Jamaica to remove Tommy Lee Sparta from their events. ”They are told, ‘you either scratch him off your show or you get your permit cancelled’,” Smith said. “As his manger tells me, they have had to refund deposits on several occasions.”

Sparta was cleared of all Lottery Scamming-related charges last week when Justice Carolyn Tie upheld a no-case submission made by his attorney Ernest Smith.

Tommy Lee Sparta, whose given name is Leroy Russell, and three others were charged in February 2014 on suspicion of breaches of the Law Reform (Fraudulent Transaction) (Special Provisions) Act, 2013. Two of the men were later released after no evidence was offered by cops.

Sparta and O’Brian were charged after investigations stemming from a traffic stop led police to an apartment in Kingston, where lottery scamming paraphernalia were seized.

During the trial, a senior police officer told court that he uncovered a hard drive and laptop containing personal information about people from North America linked to the Gothic dancehall entertainer.

However Tommy Lee Sparta’s lawyer argued that the prosecution failed to prove that the accused men were involved in the illicit trade.