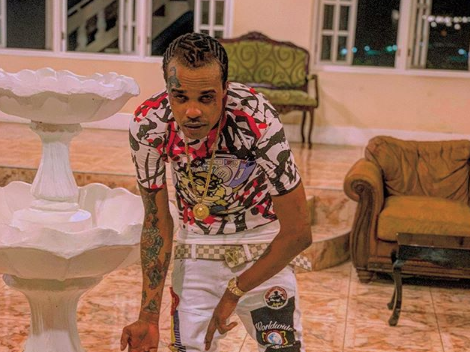 Who knew Tommy Lee Sparta was such a good dancer!

Tommy Lee is showing off his unique dancing moves in his latest music video, “Under Vibes.”

Since its release, the deejay’s signature moves have sparked an online challenge, with fans eager to recreate the catchy dance.

The steps to Tommy Lee’s signature move are well known to persons in the circle, as he even puts them on display during performances, however, there was no actual name for the dance.

However, all this changed a few months ago with the deejay officially branding it as the “Under Vibes” dance.

The song, which is produced by Falmouth Dinesty Record label and Boss Lady Muzik, has become the latest smash hit for the deejay.

The visuals for the track sees Tommy Lee embarking on an epic road trip filled with women, alcohol, clubbing, and a yacht.

Fans seem to be loving the ‘vibes’ of the single too, as numerous fans took to social media to praise the track.

“The dawg a change dancehall again. Tommy is among the Greats,” one fan declared, while another added “Tommy Lee love de piece of dance weh uh Ave 🔥🔥❤️💯”

Since its release the video has already racked up over 400,000 views on Youtube, making it the number one trending song in the region.