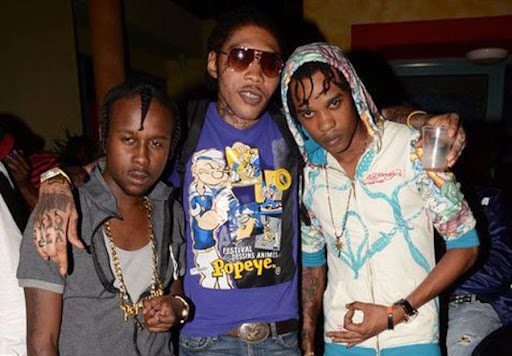 Dancehall Artiste Tommy Lee Sparta shared an old photo of himself and Popcaan when they were in their younger days.

The Sparta Boss captioned the photo, “Throwthat lol big up @popcaanmusic we swear them time ya we well lol clean lol #fullygaza fryeye.

To date, the picture has garnered over 30k likes. A few celebrities also commented on the photo. “ah jah bro😂😂😂😂😂” commented Sean Storm.

The two have been friends from as far as 2010 where they eventually gained popularity after performing on multiple stages with their mentor Vybz Kartel taking on similar journeys in an attempt to make a name for themselves in the Dancehall arena.

Tommy Lee was recently featured on Popcaan’s latest album, FIXTAPE, in a collaboration track titled, Unda Dirt which also featured Masicka. The album dropped while the Sparta Boss was still behind bars. At one point the Unruly Boss went on Instagram Live and publicly called for his friend’s freedom.

Tommy Lee, real name Leroy Russell spent a few weeks behind bars after he was arrested on July 7. He appeared in court several times to appeal his detention, however he experienced delays in the hearings, which caused him to be detained much longer.

The artiste was named as a person of interest during an investigation on several gangs within the Montego Bay area especially in his hometown of Flankers. He was suspected to have influence over a group by the name of “Sparta Gang” which led the police to believe he could provide answers regarding the upsurge in violence in the community.

Tommy Lee turned himself into the authorities at the Freeport Police Station the following day after their request which led to him spending 41 weeks incarcerated.