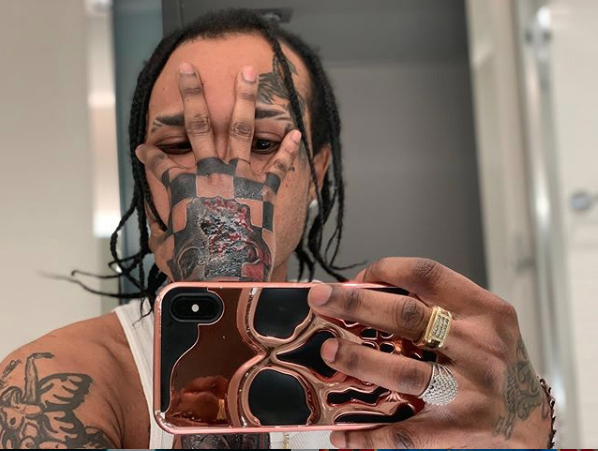 On Tuesday, the Gothic Dancehall artiste was charged with illegal possession of a firearm and ammunition.

The “Uncle Demon” deejay, whose given name is Leroy Russell, was arrested by members of the organisation’s Specialized Operations Branch following the seizure of a 9mm pistol with an extended magazine containing 18rounds of ammunition.

The weapon was found during an operation on Holborn Road, St Andrew about 6:00 pm on Monday (December 14).

Tommy Lee Sparta remains in police custody and is to appear in court to answer to the charges on January 6, 2021. He is also the subject of other criminal investigations.

Hours after the deejay was formally charged, an alleged voice note surfaced online, which suggests that dancehall artiste was looking to participate in some wrongdoings.

“Gonna get rid of him once and for all,” a man can be heard saying in the viral audio.