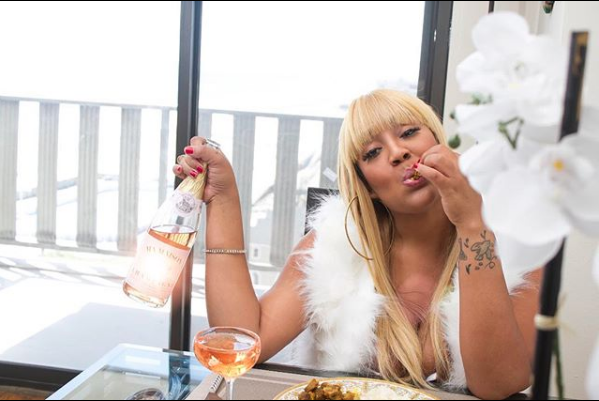 Dancehall diva Latifa Brown, popularly known as “Tifa”, will be one of the main highlights on Sunday, August 12, at the final day of the inaugural Jamaica International Beauty Expo, which begins at the Montego Bay Convention Centre next week Friday.

Tifa has consistently been at the forefront of dancehall’s elite and can always be counted on to deliver a splendid performance.

She is currently busy promoting her first album, Curry Goat and Champagne, set to drop on August 10, two days before her performance at the expo.

The 18-track album features songs such as JA Party produced by Birch; Waistlineby Sly & Robbie, and ‘ Retirement’ by Dre Day.

Aside from performing on the day, Tifa will also be interacting with attendees and exhibitors, as she performs hosting duties.

The artiste is no stranger to all things fashion, as she is well-known for her stylish outfits and hairstyles.

“Tifa has always been an artiste that has always represented for fashion and incorporating it in her work. She has worked with some of the best to create the best visuals for her music videos to match the production quality of her music,” Brown explained.

Tifa has worked in the past with the late Dexter “3D” Pottinger, highly regarded for his work as a designer, stylist, hairstylist and make-up artist.

Brown added that more is expected to come in terms of entertainment, as the experience at the expo is of paramount importance to organisers.

“We are also at an advanced stage in discussions to have more artistes and performers, and if all goes well, we will have a major announcement about an international act very soon,” said Brown.

Macka Diamond Says She Was ‘Blocked’ From Working With Vybz Kartel