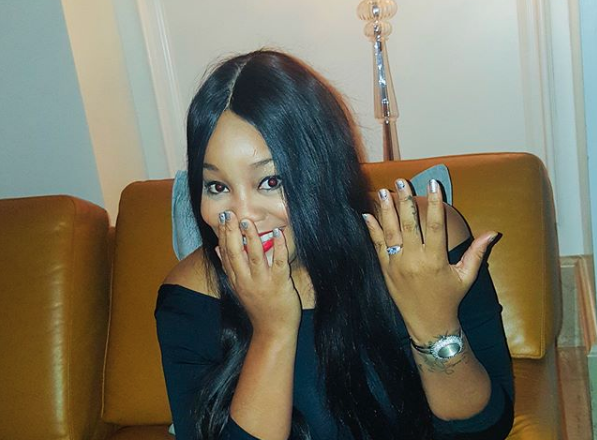 Tifa has responded to the rumours about the gender of her fiancé in a heartfelt video.

Last week the Dancehall Diva was hit with rumours claiming she could be engaged to a woman after a photo surfaced online showing her in a gay club.

“Is a man or woman Tifa engaged to?,” a Dancehall fan asked popular gossip blogger Dear Dream. “This photo was taken in a gay club! Me always hear people say she a lesbian and bisexual! ME really wah know a wah gwan,” the fan continued.

Tifa Shares Man Believed To Be Her Fiancé After Engagement Announcement

On Saturday, Tifa uploaded a video to her Instagram account saying the rumours are exactly why she has kept her life private.

“Social media has turned us into an ugly set of people!!!! UGLY!!!,” The ‘JA Party’ singer wrote. “The lengths people will go to to tear you down & destroy your happiness!!! Just for a quick hype or dollar! But when you know better you do better!!! Back to being regular, private Tifa! … share only what you want them to see!”

#Tifa getting some stuff off her chest ?