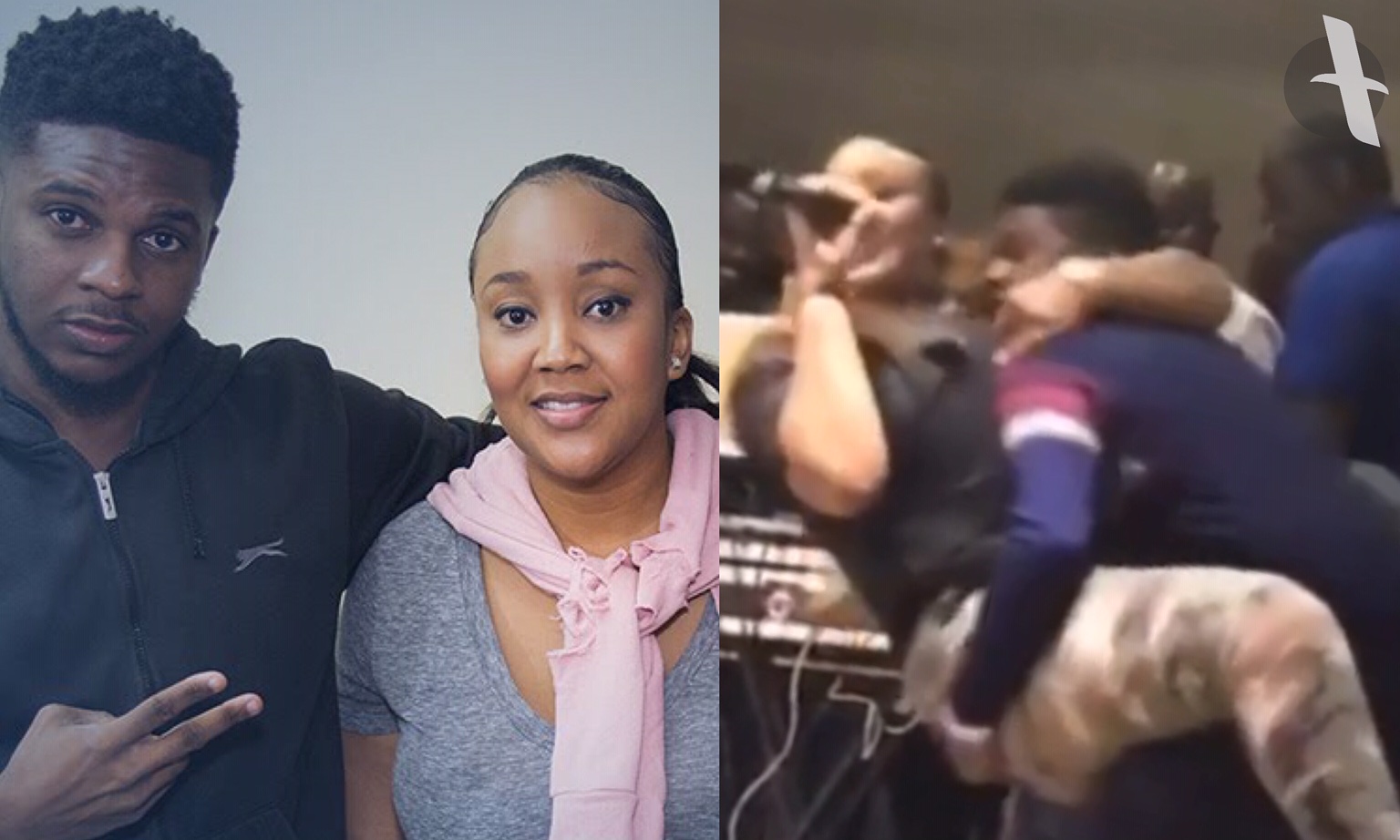 Tifa tried her best to redeem Orane ‘Naro’ Hart from being embarrassed by Spice earlier this year however it ended with her being dropped on stage once again.

While performing at Dovey Magnum’s Birthday bash on Friday night, Tifa called out the Nightly Fix host to dance with her.

“Spice tell him seh fi guh suck him mada but mi want him fi mek mi bawl fi my mada,” The Dancehall diva said over the microphone, “Naro you can redeem yourself?,” she added.

Tifa then started to sing her smash hit single “Big Bumper” which is featured on Birchill Music’s “Moscato Riddim” before jumping on Naro.

The stunt saw Tifa falling to the ground once again, just days after being dropped by a Jamaica Defence Force (JDF) soldier in Montego Bay.