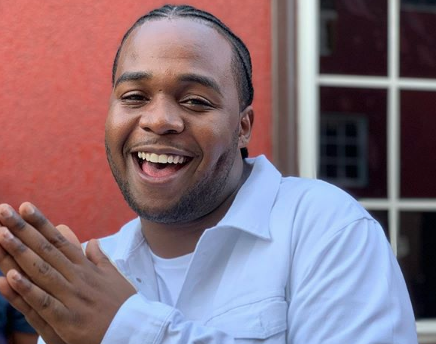 The Tropixs (Kingston, Jamaica) – It seems Shenseea’s ‘Blessed’ challenge may have sparked a bit of controversy.

Shenseea’s ‘Blessed’ challenge has done more than encourage a little fan creativity as it has seemingly sparked a new rivalry between Dancehall artistes Teejay Uptop Boss and Lincoln 3Dot.

Earlier this week the two Dancehall artistes seemingly took shots at each other on Instagram while delivering their submissions for the “Loodi” star’s viral challenge.

The squabble seemingly all began after Teejay submitted his rendition of the hit single, which comically flipped Shenseea’s chorus in a controversial manner.

“First ting in the morning, when i wake up, thank God for life… but some bwoi guh nahm a**, a**, a**, dem a shake too fast, fast, fast” Teejay comically spits video.

Although he did not directly say it, many fans immediately took to social media speculating that he was throwing shade towards Lincoln 3Dot, who had previously released a remix of the track with several suggestive lines.

The parody seemed to upset some of Lincoln’s most loyal fans as many took to the deejay’s social media to comment on the apparent shade.

“See how Lincoln teeth them white n pretty 😊 some ppl fi ask fi him remedy” one fan hit back.

It seems fans speculation was later confirmed as the “Powaful” deejay took to Instagram post a clap back at the deejay declaring “We don’t “Braff” we pay staff.”

In the video clip, the Florida based deejay can be heard taking several jabs at the “Uptop Boss,” while declaring his various successes from his entrepreneurial ventures.

“Yo a joke dis… some man nuh have no swag when mi see the way dem dress mi haffi laugh, mi did a come up wid a plan while niggaz did a braff,” Lincoln spits.

The witty lyrics seemed to gain the approval of many of his fans as many took to social media to back the internet sensation.

“Mi rate tjay and Lincoln but in all honesty tjay can’t run up pon Lincoln the man word play is litt‼️,” one fan commented, while another added “Da boy ya bad like hurricane dorian🔥🔥🔥”