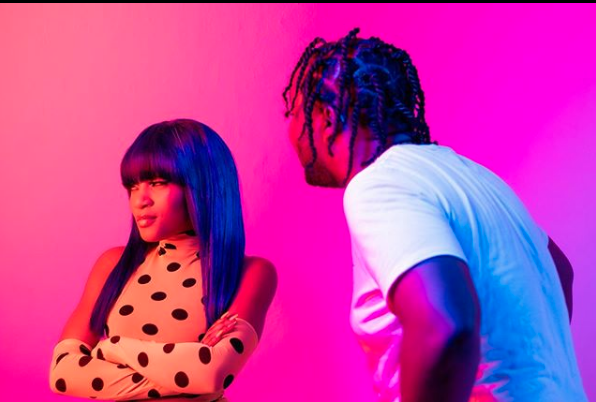 Teejay and Moyann have dropped a music video for their brand new collaboration “Bruck Pocket Man.”

The two Dancehall stars link up for the first time to deliver an infectious track on the Dj Frass produced beat.

Throughout the video, both entertainers can be seen flaunting loads of cash and luxury items, in keeping with the song’s theme.

The track sees Teejay and Moyann detailing what women want and expect from their men. Painting a picture of a man who spends lavishly on his significant other.

However, the concept has stirred mixed reactions from fans, with some claiming that it is not promoting a positive message.

“Mi love the song but nuff people did bruck before dem deh where they at tho,” one fan commented. Another female fan also added, “I want my man to be broke with me so we raise together.”

The music video, which is produced by RD Studios has already racked up over 276,000 views and 9,000 likes on Youtube.