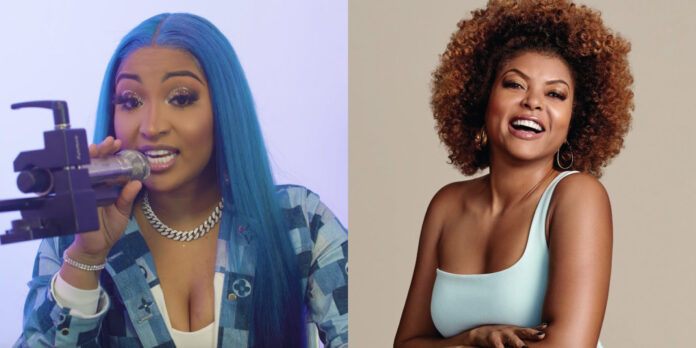 Shenseea is still receiving rave reviews for her “Don’t Rush” freestyle weeks after its release.

Empire star Taraji P. Henson is the latest international star to give the “Blessed” star her stamp of approval. On Wednesday she took to Instagram to share Dancehall artist’s freestyle with her almost 17 million followers.

The actress reposted the Jamaican artist’s video with several fire emojis in the captions. The post attracted thousands of reactions from her fans, who promptly liked the post.

The “Lighter” deejay went on to share an older post where she declared her undying love, for Henson.

The actress is only the latest celebrity to endorse the clip, with the Jamaican previously earning praise from Missy Elliot and others.

Taraji P. Henson is best-known roles in movies Hustle & Flow, The Curious Case of Benjamin Button, and TV series such as Empire.