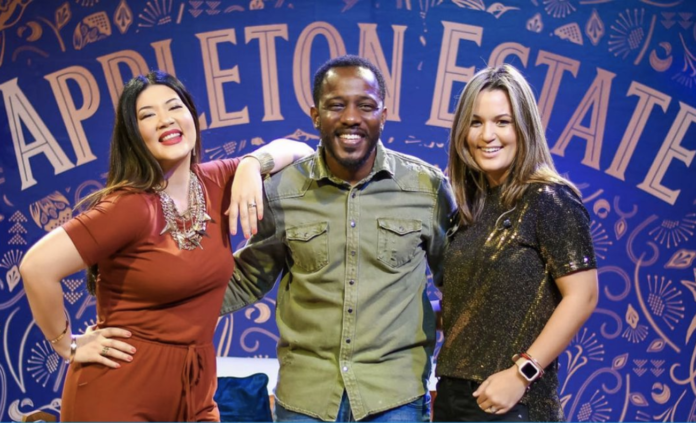 Tami Chin made her grand return to the stage after an eight year hiatus on Sunday.

Tami Chin delivered a stellar set dropping hits like Hyperventilating, Frozen and Over and Over Again. She also added Capleton’s Or Wah and Damian Marley’s There For You to the mix.

Speaking on her return to the stage, Tami said it was a beautiful moment and had a blast performining.

“Wow guys. The love is so overwhelming. Thank you for the immense support and thanks so much tuning in. It’s been 8 years since I performed. It was a beautiful moment for me. Thanks for sharing that with me,” she wrote on Twitter post.

“To say we had a blast would be an understatement,” she said. “I had a full circle moment last night. The last time I performed I was 6 months pregnant with Jax. 8 years later, I sat in the living room watching this performance with Alex who kept saying “I remember that song!” I was simultaneously feeding my 16month old, trying to get my 4 year old to stop jumping on the couch and trying to tune out the now 7yr old who was begging me to change the channel. LOL. Talk about #realitycheck.”

“So much has changed but some things have remained the same; My daddy was right there beside me cheering me on, my hubby was staring at me lovingly (🥰🥰🥰) and the “after show high” is still a real thing. My love for music remains even if I only choose to do it every now and again for fun. I was reminded that our gifts don’t ever leave us, they sometimes just need a little waking up. A likkle acknowledgement. A likkle nudge,” she continued.

Tami Chin also thanked Tessanne and Wayne for their support, as well as the Appleton Estate team that made the event possible. She also expressed gratitude to the “amazing” band and background vocalists, describing them as family.

“Lastly, to each and every person who tuned in, you filled our hearts with so much love. Thank you for showing up and showing out!!! We love you,” Tami said.