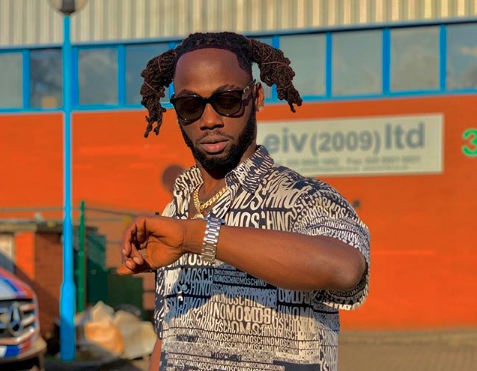 The Tropixs (Saint Catherine, Jamaica) – Dancehall superstar Stylo G was arrested after running into some issues with the law.

On Monday the “Dumplin” star took to his Instagram Live to share an incident where his house was raided by cops in Jamaica, who claim they had information that there weapons at the premises.

“SOMEONE CALL SEH WE HAVE GUN INNA HOUSE, POLICE RAID THE HOUSE AND ONLY FIND MUSIC AND STILL lock MAN up KMT JA JOKE THIS KMT,” the deejay captioned the post.

Throughout the video clip the visibly irritated deejay can be heard complaining about the conduct of the lawmen saying “Charge mi, charge mi mek the whole world see how Jamaica system stay, charge mi.”

The deejay could then be heard complaining about the officer’s attempts to apparently detain him in a the patrol vehicle.

The UK based star, who is best known for his smash hits “Touch Down,” “Whoop Whoop,” and “Dumplin,” was seemingly arrested during the incident, as cops were seen escorting him and several other men outside the house.

It remains unclear if cops have laid any charges against the entertainer.

Fans have since taken to social media to voice their opinion on the incident with many blasting the conduct of the lawmen, claiming they had no justification to raid the property or detain the deejay.

“Anytime them see the youths them living it up them vex these high society people don’t like when the ghetto youths turn there neighbor them alone fi live it up,” one fan wrote while another asked “Wonder if them have a warrant to go in him house….lawsuit.”