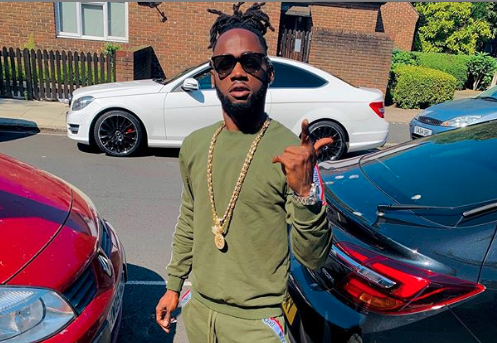 Stylo G has hit back at his baby mother after she labeled him a “waste man.”

The Dancehall superstar has come out slamming his baby mother’s recent efforts to tarnish his name.

Stylo G recently took to Instagram to blast his baby mother Cheraine Bennett, with whom he shares a 12-year-old son.

The deejay’s rant was in retaliation to a post made by his ex on social media branding him as a “waste man.”

However, the deejay was in no mood to let it fly as he quickly hit back by pulling out the receipts. The deejay went on to show screenshots transactions to his baby mother’s account.

In response to the accusations that he does not does spend time with his son Stylo posted examples of his son’s trips to Jamaica. The deejay did, however, admit that it could be more frequent.

According to Stylo, his physical absence at times is the painful cost of ensuring his family’s future.

“Me come from Homestead, me live inna wa little small bedroom. Me me mother and Jackie Chang grew up inna that. My father used to tell me that boy when you grow up, make sure seh you buy you house. That’s my aim. Me never wa live the Tesco life … I wanted to become a star.”

Stylo G would go on to rant that his ex was never supportive of his dream or passion for music. He claims had to work various maintenance jobs just to provide for the family while being pressured by her constantly.

“She no like nun bout me music, she no like no music weh me a do, she never interested,” he explained. “You know when you do music inna the house and you excited and you bring it back and make she listen to it. She never wa hear it.”

Stylo G is currently enjoying the best run of his career, scoring several chart-toppers in the last two years. Some of his biggest hits include “Touch Down,” “Dumplin,” “Badman Party,” and “Bam Bam.”