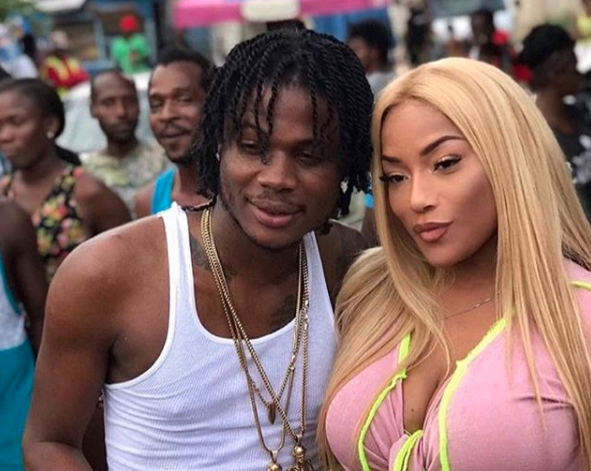 Stefflon Don travelled to Jamaica on Monday for her latest project.

The British-Jamaican song-writer, rapper visited her family and friends in Chestnut Lane in downtown Kingston and shoot her new music video while giving the community a live performance.

“Its was a honour performing in front of my family my brother, sisters, uncle, auntie, nieces, nephews, friends and the whole community! Just wish my dad was here ?❤️?but we gah smile regardless,” she wrote.

The “Hurtin’ Me” singer then went to Portmore to link up with Genahsyde deejay Masicka to record additional scenes before hitting up popular strip club Taboo.

Stefflon Don Shares Why Foxy Brown Blocked Her On Instagram

Stefflon Don, whose given name is  Stephanie Allen, is currently promoting her new mixtape ‘Secure’ which was released by her own label, 54 London.

Fekky and Sean Paul also guest on the release, which according to a press release combines her “harder rap stylings” with dancehall and pop influences.

#StefflonDon performing for her family and the community of #ChesnutLane, #Kingston #Jamaica last night 🇯🇲❤️🙌 “Its was a honour performing in front of my family my brother, sisters, uncle, auntie, nieces, nephews, friends and the whole community! Just wish my dad was here to see this 💔❤️🔐but we gah smile regardless.” – @stefflondon