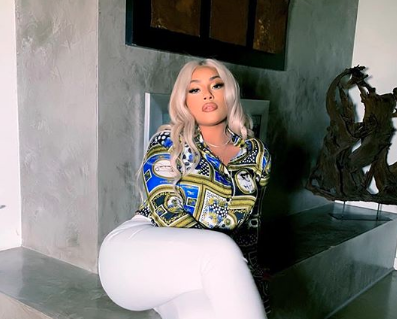 The British-Jamaican entertainer made the announced after a video clip with her cozying up with the “On The Low” singer went viral on social media.

Burna Boy posted the adorable video of the two to his Instagram story. He quickly deleted it however fans had already managed to download the footage and started to circulate it online.

The “Hurtin’ Me” singer made headlines back in November when Canadian rapper Drake asked her out to a dinner date on her Instagram live. The pair were spotted a few days later together however we haven’t heard about anything since.