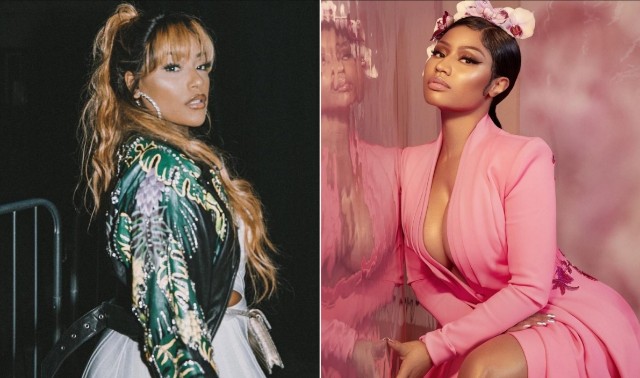 On Saturday, the UK-based/Jamaican entertainers took jabs at each other after Stylo G uploaded a snippet of his smash hit “Touch Down” remix which features Trinidadian rapper Nicki Minaj and Dancehall superstar Vybz Kartel.

“6 months ago dem TRY team UP Against me, BUT DEM NEVER KNOW ME HAVE THE FORMULA #[email protected] @vybzkartel @fanatixonline WE NO READY FI TAKE OFF YET let the Run way clear #imHereToStayiSleepwithMyLapTap100songsPendingLetThemusictalk ME ALONE WE TAKE DEM ONN,” Stylo G wrote.

The deejay’s post got the attention of Stefflon Don who commented saying, “N***a we taking the f**k off hush.”

Stylo G immediately hit back telling the “Hurtin’ Me” singer to catch a next flight while giving her a website saying, “they do cheap deals.”

“Stylo i got more more money then you have ever had in your entire life trust me i’m not the one in need of CHEAP deals,” Stefflon Don responded.

Last year Stefflon Don said she was disappointed in Nicki Minaj over how she handled her beef with Cardi B. “Nicki Minaj ur a big grown woman talking about beating someone’s head in???? QUEEN???? I’m disappointed in you so many people look up to you show us better,” she wrote in the comment section on Instagram angering Nicki’s loyal fans dubbed ‘Barbz.’

Checkout the heated exchange below.