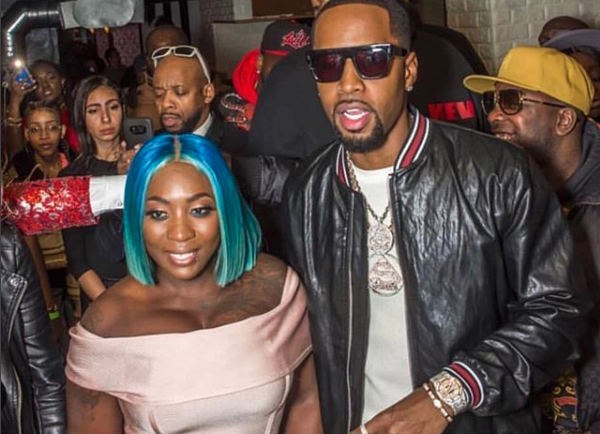 Spice and Safaree could make a cute couple, don’t you think?

Safaree who previously dated Trinidadian rapper Nicki Minaj commented under Spice’s photo demanding her to send him photos the two took at her Love & Hip Hop viewing party on Monday in New York.

Safaree then added fuel to the rumours when he took to his Instagram account on Thursday to profess his love for the newly crowned Queen of Dancehall while congratulating her on joining the cast of Love & Hip Hop: Atlanta.

“Aye [Spice Official] I have a love for you I can’t explain maybe it’s yuh Bumpa or the way you perform but I really love you and so proud of you!! Welcome to the VH1 family!!! JAMAICA ?? AH TEK OVA DIS BLOODCLAWT!!! Watch!! ? STRAITTTT!!!,” he said.

The post immediately got the attention of Spice who wrote, Love you too [I Am Safaree] Thanks again for coming.