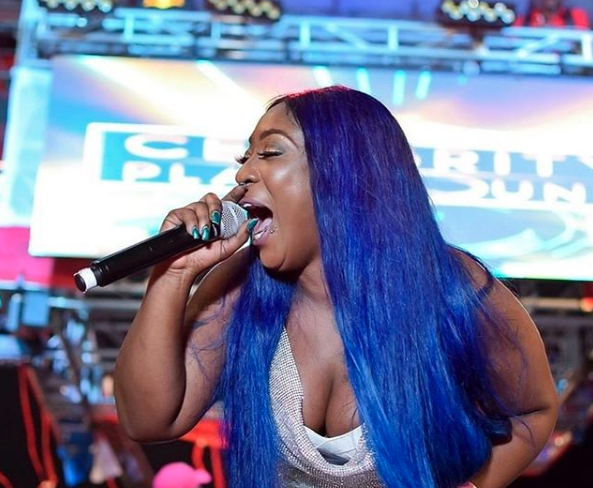 The Queen of Dancehall along with dancers TC, Dancing Rebel and Pretty Pretty, have been shutting down events in Jamaica by pouring buckets of ice cubes on to their vaginal area to promote the Epik Jones-produced track.

While videos of Spice’s “Cool It” stunt continues to make rounds on social media, many Dancehall fans have expressed some concern about whether or not its medically safe.

“Bwoy Spice and her dancers dem always ah push the limit but mi nuh think deh one yah safe eno mi nah dweet,” one fan wrote under her video. “Spice please be careful you could cause serious medical complications in the future with all that ice going on her p***y,” the comments continued.

The stunt has gotten the attention of medical doctor and recording artiste, Garth ‘Shaka Pow’ McDonald, who is now assuring Dancehall fans that Spice’s “Cool It” stunt is safe.

Dr. McDonald said the entertainer and her dancers pouring buckets of ice on their vaginal area will not cause any hard due to the short period of the stunt.

It seems Spice already did her research as McDonald added that ice is often used as a natural coolant after rough sex which is basically the lyrics to Spice’s “Cool It.” “Ice does act as an anti-inflammatory agent which could decrease swelling, rubor (redness), calor (warmth or heat) and dalor (pain),” he said.

McDonald however warned that Spice and her Team Spice dancers to be wary of their surroundings when performing the controversial stunt, citing that ice and water should never come into play with electrical equipment.