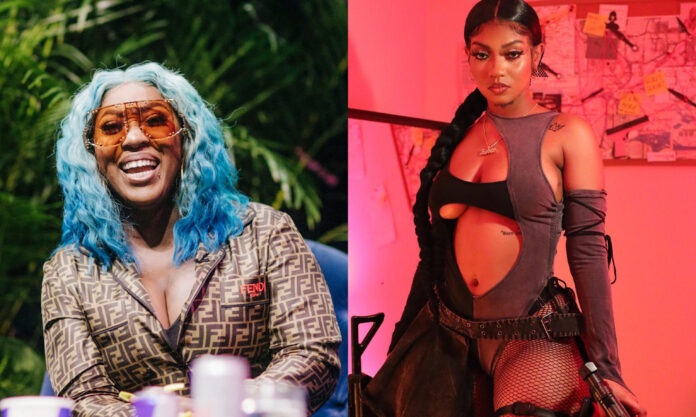 Spice has thanked Jada Kingdom for being the first female artiste to say they’ve learnt from her illustrious career.

The Danchall Queen took to Instagram earlier today to show gratitude to the heavy star for admitting she learned a lot from her.

“Thanks @jadakingdom your appreciation means alot to me. In all my years in this industry I’ve never been tagged by a female artist to say they watched and learned anything from me,” Spice declared.

She then continued “You told me even on Club house that you use to sit and watch my performances and look at you now, mashing up every where you go. Big up uself Mumma heavy your heart speaks volume ✊🏿 I’m a big fan I’m so proud of you and your growth is impeccable. 🔥🔥🔥🔥”

However, it was the next line that had tongues wagging, with many fans claiming it was some shade towards Shenseea. “Nuff artist nuh wah big up who come before dem & give credit to who dem learn from…mi nave dat inna mi.”

Spice’s claims comes just days after MC Nuffy and others declared that Shenseea is the new Dancehall Queen. The claim was seemingly supported by many fans following recent publications declaring the Female Artiste of the Year.