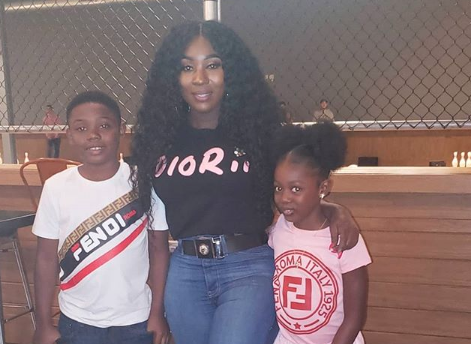 Spice got pranked by her kids Nicholas and Nicholatoy on Saturday night.

The Queen of Dancehall was chilling at home when they called her town stairs and told her that their 80 inch television was broken.

Nicholatoy told Spice, whose given name is Grace Hamilton, that Nicholas had broken the TV while playing football in the living room.

Nicholas almost got a spanking however luckily they told her it was all a pranked and explained themselves.

“Never prank a Jamaican Mother,” Spice wrote on Instagram. “So my kids ran a prank on me earlier today and I’m still not over it 😂😂😂 @nichoandnicho If unu bruck mi 80” TV 📺 a problem in yah 😫😭😂.”