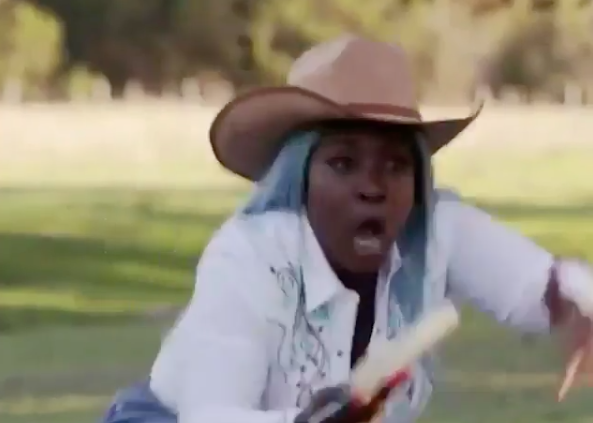 Spice has found herself in yet another showdown on Love & Hip-Hop: Atlanta.

In a preview of Monday night’s show, the “Queen of Dancehall” is caught in two different scenes. The first shows Spice arguing with her close friend Tommie Lee about her drinking problem that caused a delay with their upcoming music video.

Spice was definitely not in a mood for games that week as another scene shows her on a ranch with cast members which quickly escalated into her trying to fight newcomer Tokyo Vanity.

Spice Drags Woman For Having Issue With Her Cheering Her Daughter

In the footage, Vanity can be heard discussing her beef with Spice, “I don’t have no problem with her (Spice) but the b***h keeps playing with me, she said.

Spice overheard her comments and got up screaming, “Doah call mi nuh bloodcl****t b***h!”, she then rushed towards Tokyo Vanity and threw the cake she was eating at her.

Security had to step in quickly and restrained Spice. Watch Below.