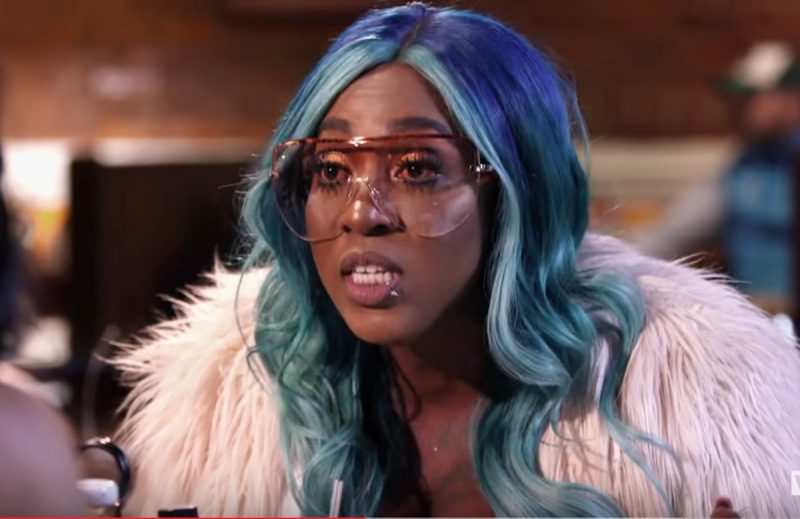 Spice had a few words for Nightly Fix host Naro on Wednesday night during her ‘Captured’ Mixtape launch in Kingston.

The Dancehall entertainer accused the media personality of “Black Hypocrisy” during a candid interview. Spice revealed that over the years she has been treated unfairly by Naro and questioned if it was due to the complexion of her skin.

“Why are you critical about me?” Spice questioned. “Is it because of my complexion?, I am asking you if its because of the colour of my skin why you more critical with me because mi nuh see you a do it with nobody else….. yuh feel like mi nuh know ’bout Nightly Fix?.”

During the heated discussion Naro tried to explain his harsh stance on the entertainer however it wasn’t enough for the “Gum” deejay who ended the interview, “Anyway our conversation has expired… suh you can do me a favor? Guh s**k yuh mada.”

#Spice turned her Nightly Fix interview into a “Spicey Fix” 😳