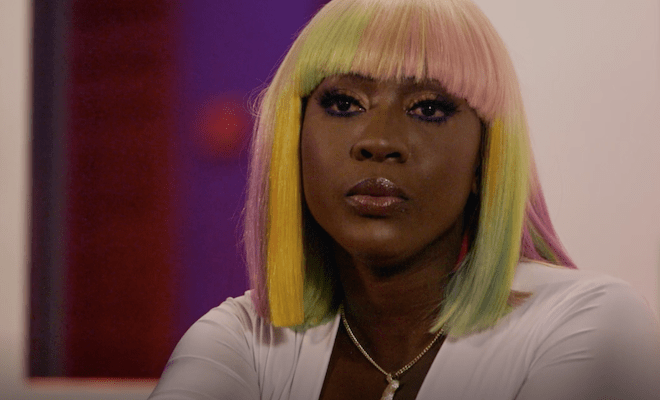 Spice is once blasting her ex-fiancé/baby father Nicholas Lall on social media.

Just days after Bounty Killer praised the Dancehall Queen and LHHATL star as a “Super Mom,” Lall has taken an issue with her co-parenting skills,  insinuated that Spice does not let her kids interact with their other siblings.

In a post uploaded to his Instagram account, Lall wrote heartfelt message to his children Nicholas and Kayla with some subliminal hashtag hinting that Spice somehow has been trying to keep her children from co-mingling with other siblings.

“You are both my kids, you guys might be different mom but you guys are blood you guys have a bond from day one,” he wrote. “No one can come between the bond you guys have just continue to love each other from a distance no child should be stop from showing love to their sibling love is all I teach you guys continue to love, love you both this too shall pass #tomdrunkbuttomnuhfool #amestillwawin.”

Spice and Lall split in 2015 after dating for over a decade. The Queen of Dancehall gained full custody of their children Nicholas Jr. and Nicholatoy following the split.

Since then, the two are no stranger to online controversy as they take swipes at each other any chance they get.

This time was no different as Spice quickly took to her Instagram account to blast Lall who she called a  ‘clout chasing donor.

“You have 3 other baby mama, you have daughter weh born last year, daughter live country, why you nah post your other kids dem and live pan the other mothers?” she questioned.

“You well a make people video you like you did even know the teacher name when yah search fi him group. You make sure September morning you come video yourself at the school a “PAY” the school fee and move with the clout sh*t,” Spice continued.