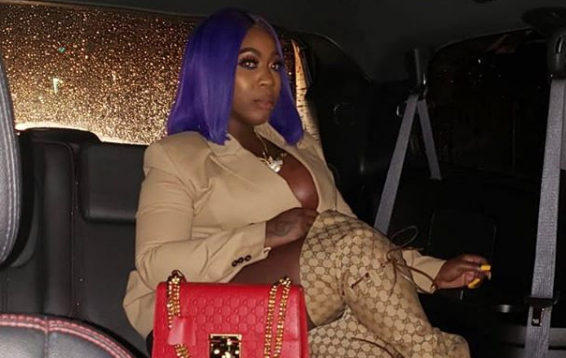 Spice has stepped into the Gucci boycott conversation.

The Dancehall entertainer known for rocking the luxury fashion brand announced in Janaury that she would no longer be wearing Gucci or any other designer brands to save more money.

On Saturday, Spice uploaded a throwback photo rocking a pair of Gucci boots and bag to speak on the current controversy while issuing advice to fellow entertainers and her fans.

“I was the first artist this year to come out and say I won’t buy no Gucci this year and it was part of my New Years resolution,” the “Cool It” deejay wrote. “I came to that decision after doing my accounting last year only to realize how much money was dumped into this designer brand alone. This boot is $2,800usd and the bag $2,800usd that’s $5,600usd. Here in Jamaica that’s $728,000 Jmd and trust mi this can buy a car(Fi run taxi). My thing is it’s us black people that’s spending these hefty sum on these designers and now a “Black face” sweater made it even worst yup they spat in our face. Most say let’s boycott Gucci but the truth is after a while we go right back just like we forgot about H&M. We need to start supporting “BLACK BUSINESSES” PERIOD,” she continued.

Earlier this month, a number of international celebrities publicly condemned luxury fashion brand following the blackface sweater controversy, and have vowed to boycott it as a result.

The Italian brand faced backlash last week after photos of its $890 (£688) “balaclava jumper” was criticised for heavily resembling blackface. The the black jumper featured a cut-out mouth and large red lips.