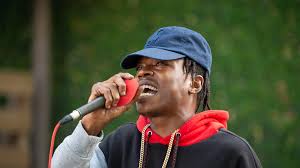 The track “Vegeance Ways” was released on August 10, to the SkillibengOfficial YouTube channel.

In the opening of the track, Skillibeng references the title track, whilst telling us how threatening he can be “Mi entertain ‘vengeance ways’ / mi evil and never fraid / dis di EastSyde you cant get away, you haffi dead and grave. Crime we name, EastSyde never fraid fi rise the K.” This is followed by lyrics from Quenga, with statements like, “If dem pressure we brain, we ah pressure K. 10 rifle, nutt’n if ah 10 a day / kill boy lef gal in a mi bed a stay,”

The music video consist of mainly lots of girls, money tossing, weed smoking, Hennessy drinking and just pure badness. The music video displays what would look like, Skilli’s place. Ladies are in a pool, looking quite seductive, while there are guys lined out. As night closing in, the artiste is seen playing a game of dominos, while a deal is going on the background.

In the end of the video you can see the cars rolling out after the deal is completed.

You can Watch the music video for “Vengeance Ways” below.