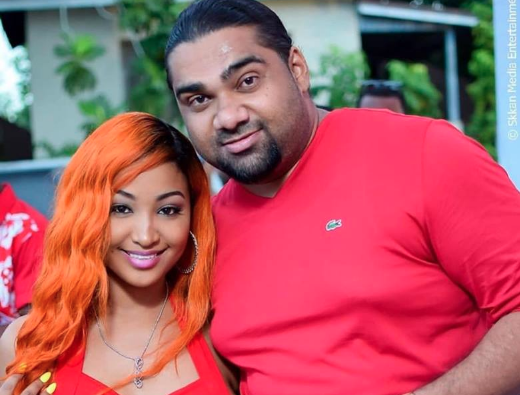 Shenseea and her manager, Romeich Major have broken their silence on the photos that are currently making rounds online.

The explicit images which surfaced on social media Tuesday shows a woman resembling the ‘Love I Got For You’ singer performing oral sex.

Shorty after the posts went viral, Shenseea took to her Instagram story to thank her fans for their support while making it clear she was not the person in the photo despite the rumours.

Shenseea later uploaded a video sharing why woman in the photo could never be her. “People saying its photoshopped but i don’t think it is..it looks real, its just not me..,” she wrote.

“I’m Korean that deadass look like an Indian to me. Where’s my dimple? ??‍♀️ my eyebrows don’t even look like dat ?my friends, team and family KNOWS I would own that shxt ??????? cause I have no skeletons in my closet and there is NOTHING that I have done that I’m ashamed of, me BOLD bad..too much physical features are wrong ? whoever started this I just want ya to know you have to try again ? but I’m glad people see how unu take set pon me ALL THE TIME but my back broad ✌they say “you can’t crown a Queen in her own country” but unu ago live fi c me run bou ya [email protected] how d top part a u body so brown n d bottom half so black!? A so u did stay? ?? y’all must have diarrhea cause y’all cnt stop the shit ?,” she added.

Romeich also made a cryptic post, “They trying all type a shit but wont stop me or my team @romeichentertainment to get that #dufflebag #day8 ??,” he wrote.