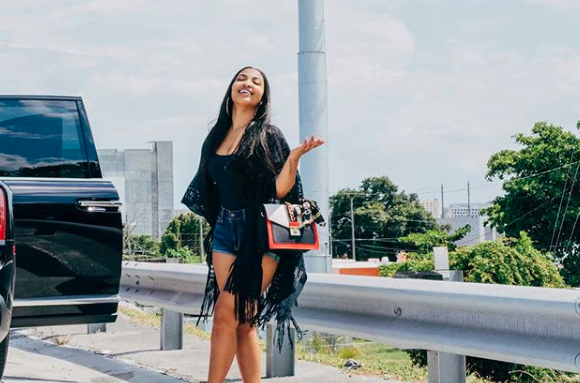 Shenseea along with her team are pulling out all the stops to promote her new “Blessed” collaboration with American rapper Tyga.

Over the last few weeks, electronic billboards promoting the new club banger has been spotted in across Jamaica and the United States. However Shenseea’s most pricey “Blessed” advertisement came through recently with a spot in Times Square New York.

According to Investopedia, it costs between USD $1.1 to $4 Million a year to buy advertising space in Times Square. Moreover, it can cost up to USD $3 million per month to advertise on Time Square’s largest billboard.

Meanwhile, the official music video for Shenseea and Tyga’s “Blessed” has racked up 9 million views since its release two weeks ago.

Interscope linked up with producer Rvssian’s Rich Immigrants imprint for the deal which spawned “Blessed.”

“Interscope always strives to work with artistes that can move culture on a global scale. Shenseea is already doing that,” Interscope’s EVP Joie Manda reportedly said, adding “She represents Jamaica in a loud and truly authentic voice. We couldn’t be any more pleased to partner with her and Rvssian. Many artistes go to Jamaica to learn culture, Shenseea teaches it.”