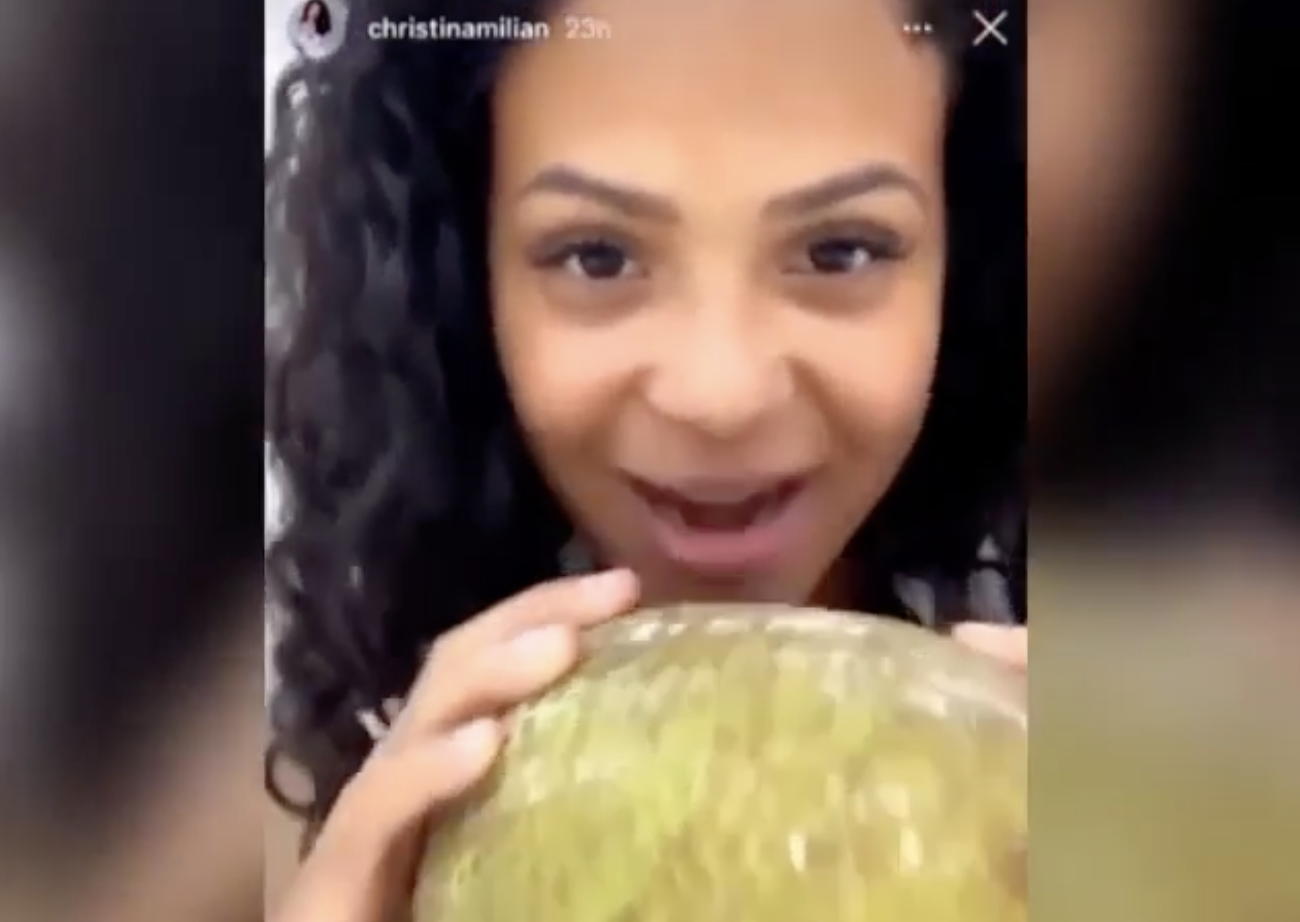 Christina Milian went viral over the weekend after she uploaded a video eating raw breadfruit.

The American actress, singer and songwriter sent social media users into a frenzy after she posted a video eating the topical fruit for the very first time, which she mistakenly called “sweet bread”.

“Now I am going to try this, I’ve never tried it before I call it sweet bread,” Milian said in the clip that went viral. The actress then proceeded to cut the breadfruit in two and later admitted that she was calling it the wrong name. She described the taste as tropical as she ate a slice of it.

On Sunday, Shenseea reacted to the viral video by showing how to roast breadfruit on the stove.

After getting backlash online, Christina Milian also responded via her Instagram story. “I am now aware you’re supposed to COOK breadfruit!” she wrote. “Obviously I’ve never seen or tried one in my life, but next time. I will boil it! Maybe fry it! Most important, eat it!”