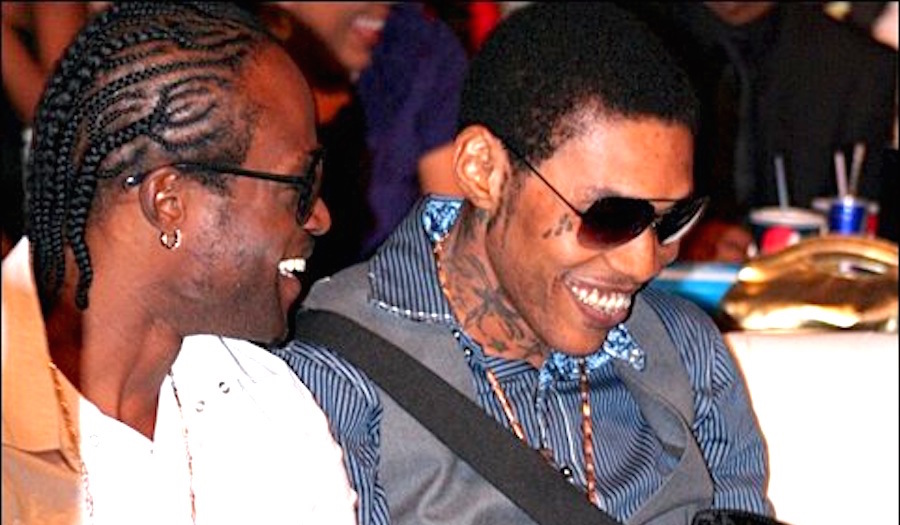 Gaza fans had a lot to celebrate over the holidays as Shawn Storm gave them a rare appearance on Instagram Live.

The “Dozen Crocodile” deejay’s account went Live with St Lucian singer MonCherie for more than 30 minutes, as she played several of his requests.

Fans were left to speculate if it was actually the deejay, or just a social media manager as he didn’t actually show his face or speak. Instead, the account expressed thoughts through the chat, while bearing a black background.

The entertainer sent Xmas greetings to his fans as MonCherie played her 2016 collaboration with Vybz Kartel Gates Of Heaven. He seemed to be thoroughly enjoying the track too as he quickly requested it again.

However, Shawn Storm’s musical requests did not stop there as he also demanded several other hits from his mentor’s vast catalog.

The “Fully Gaza” deejay was sure not to leave himself out of the mix, requesting a collaboration with Shatta Wale called Juice. However, it seems MonCherie did not have that one in her catalog, instead opting to tease their upcoming collaboration, Find Me.

The singer, who also appeared on Vybz Kartel’s 2015 single Bay Bay had her loyalty on full display, showing off a “Gaza” tattoo engraved on her finger, before declaring “freedom is a must” for the entertainers.

With this in mind, several fans quickly expressed their concern, cautioning the deejay about his appearance.

“U online u think police know this?” one fan asked, and another added, “Shawn dem nah trouble yuh if dem hear it?”

Both Shawn Storm and Vybz Kartel are currently serving life sentences for the 2011 murder of Clive ‘Lizard’ Williams. Shawn Storm will be eligible for parole after 25 years, while Vybz Kartel will have to serve at least 35 years. They are set to appeal to the Privy Council in the United Kingdom after failing with appeals locally.

I Waata Issues Public Apology To Pretty Pretty After Cheating &...