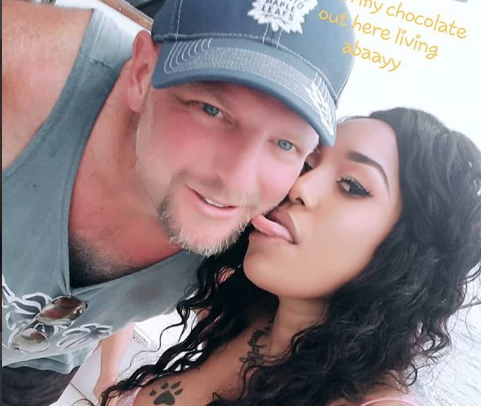 Just days after the controversial entertainer revealed that she underwent plastic surgery, Chyn is now showing off her new caucasian lover.

The ‘Control Button’ singer showed off her beau on Thursday when she uploaded photos and videos of the two spending time together.

According to the ex-fiancée of Gully Bop, she is now living the “happy life”. Chyn also shared that her new boyfriend took her fishing for the very first time earlier this week.

“Thank you for taking me fishing boo. First time fishing ???????,” she captioned a photo of the two.

Shauna Chyn got her breast and buttock implants along with liposculpture from Designer Bodys last month. DB is the same company responsible for Dancehall Queen Sher and Aneika Headtop’s new banging figure.

Designer Bodys made the announcement over the weekend and revealed Chyn’s before and after photos. “Beautiful MMO with implants, looking amazing doll. It’s 4 weeks don’t forget to send in 3 months post opp pics, thanks for choosing us,” they wrote while tagging the ‘Control Button’ singer.

Watch Shauna Chyn with her new lover below.