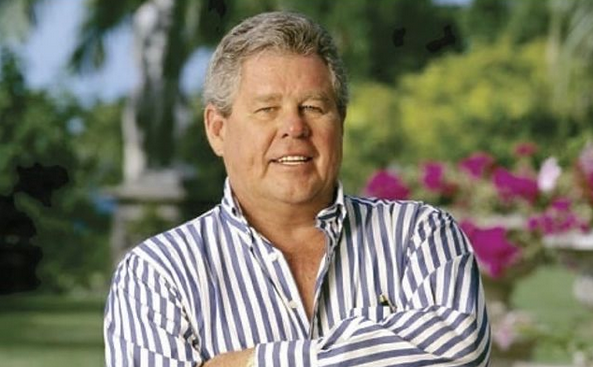 On Monday news broke that Stewart, who was the founder of Sandals and Beaches Resorts and owner of The Jamaica Observer newspaper, died at a hospital in the United States at the age of 79.

The legendary hotelier has left significant memories with many, including those in the Dancehall industry.

Shaggy took to Instagram to hail Stewart as a true Jamaican icon, a legend, and an innovator.

“Wow!! Lost for words!! Rest well king!! Condolences to the family. Gordon Butch Stewart was the founder and chairman of Sandals/ Beaches resorts also the founder of ATL/ATL automotive and the Jamaica Observer great loss!” he said.

Popular artiste manager Jones-Griffith also took to social media to pay tribute to Stewart calling him a “visionary.” On Twitter Jones-Griffith described Stewart as a “veritable larger than life character and visionary”, and a man who “set a generational legacy” and made an indelible mark on Jamaican history.

The music executive, who currently manages Jada Kingdom and Charly Black, gave his fondest memory of the hotelier.

“I only got one Butch Stewart story. One time he lent us his brand new private jet to go to Barbados. I say us but I mean…..Digicel were launching there and Busta Rhymes pulled out last minute so they paid Bounty Killa and Shaggy to replace him. It was quite late so no commercial flights,” he said.

“Bounty, Shaggy, Rik Rok, me, Foota Hype (the 1st time he ever went on a plane) and the pilot shot go Barbados, landed, police escort to the race track, tore it down for 1000s of ppl while the jet waited on the tarmac. Escort back and back home few hours later. On the way back a piece of turbulence lick the jet while Bounty was asleep. Air bumps hit different in PJs and it jerk the Killa right out of his slumber as the plane made a stomach-churning drop. I still have the dents on my forearm where he grabbed it shouting “JULIAAANNNN!!!” he said.

Jones-Griffith is the former manager of Dancehall heavyweights Bounty Killer and Mavado. He is also the CEO of boutique talent management and music publishing agency, and Pop Style Music.