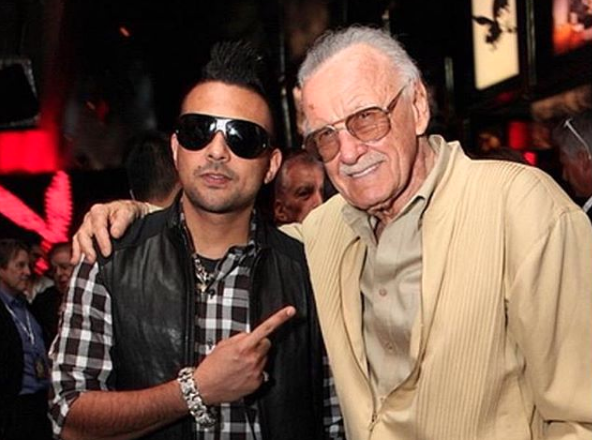 The legendary Marvels comic-book writer and creator died early Monday morning in Los Angeles. He was 95.

“RRR!!! R.I.P @therealstanleeWALK GOOD MY G!!!,” Sean Paul wrote under a photo of the two.

The news of his death was first reported by TMZ and The Hollywood Reporter on Monday.  It was later confirmed through The Associated Press through a family attorney.
Lee started his showbiz career in 1939.

As the top writer at Marvel Comics and later as its publisher, he revived the industry in the 1960s by offering the costumes and action craved by younger readers while insisting on sophisticated plots, college-level dialogue, satire, science fiction, even philosophy.

Lee, who was born Stanley Martin Leiber in 1922, grew up in the Bronx during the Great Depression. He started working at a publishing house with a division called Timely Comics in 1939. That’s where Lee got his start in storytelling.

“I’d fill the ink wells — in those days they used ink!” he told “Sunday Morning.” “I’d run down and get them sandwiches at the drug store, and I’d proofread the pages, and sometimes in proofreading I’d say, ‘You know, this sentence doesn’t sound right. It ought to be written like this.’ ‘Well, go ahead and change it!’ They didn’t care!”

In 2002, Lee published an autobiography, Excelsior! The Amazing Life of Stan Lee.
He appeared in a March 2010 episode of ‘The Big Bang Theory.’