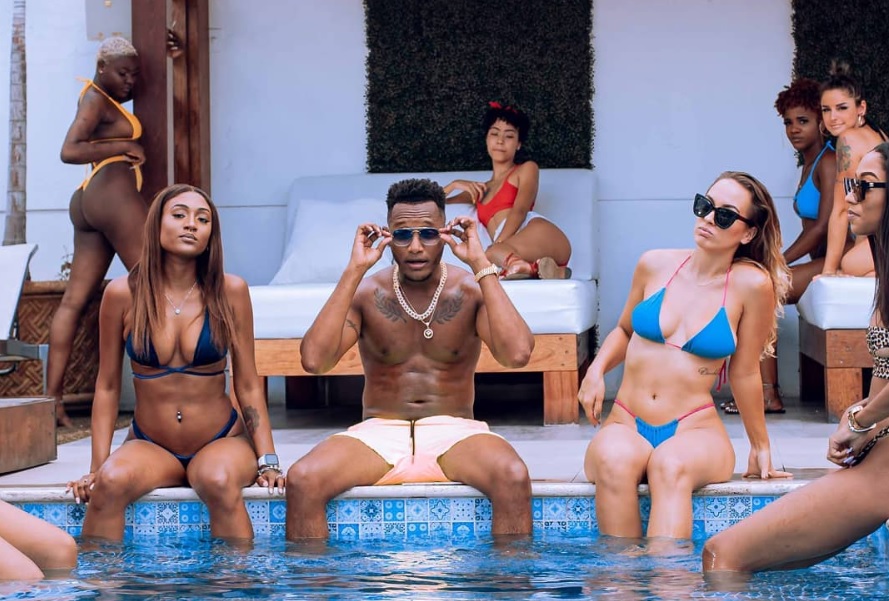 Sean Paul and Leftside teams up for a new summer banger titled “Dem Nuh Ready Yet”.

After receive some attention from Tekashi 6IX9INE’s latest track “Punani”, Leftside and Sean Paul used the opportunity to drop a new song titled “Dem Nuh Ready Yet”. The song goes for the same feeling as “Phat Punani”.

Dem Nuh Ready Yet music video takes place mostly at a pool side where both artiste are seen interacting with a mass of females.

The visuals were directed by Cinema Gods and captures the mood of the track. “Gyal a weh you get that bawdy / Coco Cola bottle shape pretty like a Barbie / Everything pon yuh body yuh get originally / class yuh inna A a no B Cardi,” Leftside sings in the first verse following Sean Paul on the chorus.

You can check out “Dem Nuh Ready Yet’ below.