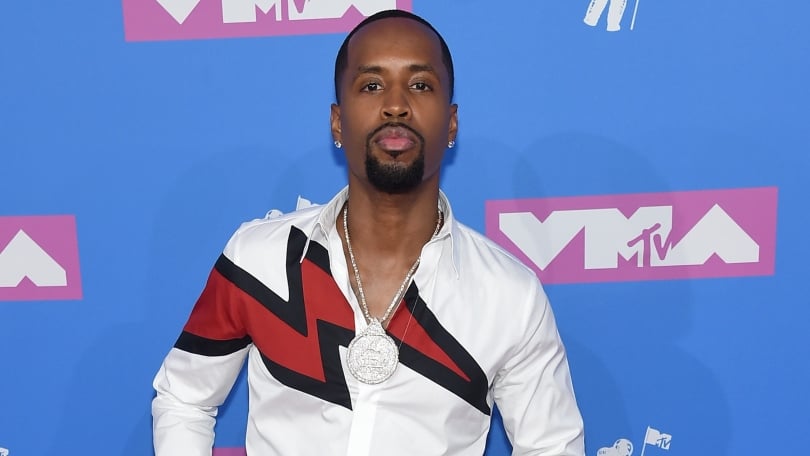 Safaree Samuels has secured a major deal with an adult toy company.

As part of the deal, Johnson, who has a 40-year tenure in the hand-crafted sex toy business, will create a life-sized mold of Safaree’s package for mass production, TMZ reports.

Pre-orders begin in December, but the toys won’t be ready until Valentine’s Day.

Safaree made the announcement on Tuesday via Instagram, “I work hard so I can get the last laugh. When y’all think I’m losing I’m not. Trust me! To all the ppl who fronted on me & thought I’d fall off and disappear… Suck my sex toy,” he wrote.

Nicki Minaj And Safaree Back At It Again

“Thank you to the biggest adult toy company in the world @docjohnsonusafor the opportunity and my team @britmo_inc & @therealkdmcnair for making this happen and to my fans and supporters who root for me, I love y’all !! Ladies I’m allll yours ???? Jokes on you ???⛷ its a big deal ?? ?? but who’s gonna copp 1 on the low?? ? My anaconda don’t want none if you ain’t got buns hun ? STRAAAIIITTTTT #THEBAGTALKJUSTGOTREALDIFFERENT#safaree #STUNTGANG #TEAMSAFAREE#myhatersshouldlogout #thankyougod,” he added.

#Safaree Inks Seven Figure Deal with Sex Toy Creator. Ladies are you here for it? ??