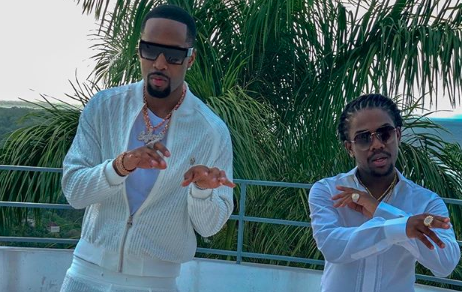 Safaree and Jahmiel new collaboration “No Regular Girl” is already a certified banger.

The Chimney Records-produced song debuted at the number-two position on the iTunes Top 100 Reggae Songs chart, above Koffee’s Toast and Bob Marley’s Three Little Birds, and is currently holding firm in the top 10 list.

The visuals clocked over one million views on YouTube in its first week, “1 MILLION VIEWS in 1 Week 50k likes ‼️ This is what happens when you stay motivated focused put out good energy and keep God 1st. Thank you to all my fans and supporters,” Safaree wrote on Instagram.

Speaking on the project Safaree said, “Everything is visual now, so it was important to get the song and video out at the same time. I believe it is my best video to date because it came so naturally.”

Jahmiel also shared that it was great working with the Jamaican-American rapper. “The communication was good from start to finish, and upon meeting at the video shoot, we connected; the energy was positive and I think that’s why this song is working in both our favours,” he said.

Congratulations to @iamsafaree and @thegreatjahmiel on clocking 1 million views for #noregulargirl in the first week ????